Pakistan's next double game: Marriage with China, affair with US

Pak remains China's closest ally as it is actively aiding, abetting and promoting Beijing's strategic goals in region and the world. 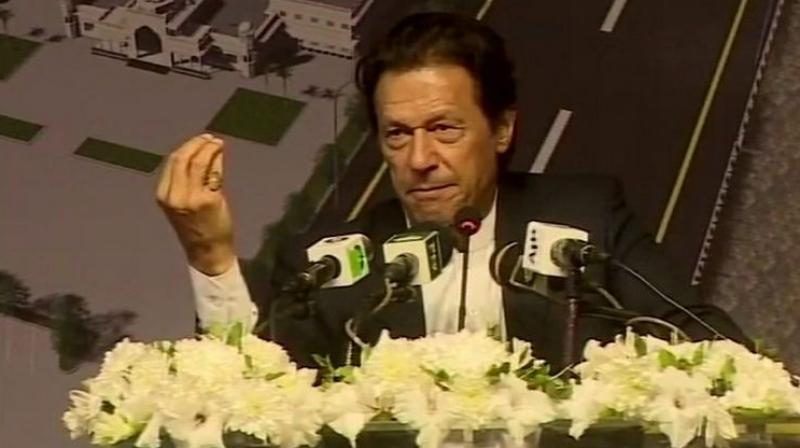 However, Pakistan knows its strategic significance in the region, and hence leaving no stone unturned to convince the United States to gain financial and military assistance. (Photo: File)

Washington: As Pakistani Prime Minister Imran Khan gears up for his first high-level visit to the United States, experts believe that Islamabad is playing a double game in managing affairs between Washington and Beijing -- the two rival economies.

Pakistan remains China's closest ally as it is actively aiding, abetting and promoting Beijing's strategic goals and hegemony in the region and the world.

However, Pakistan knows its strategic significance in the region, and hence leaving no stone unturned to convince the United States to gain financial and military assistance.

Taha Siddiqui, a Pakistani journalist living in exile in Paris, said, "Pakistan is going through economic turmoil and is in need of American financial and military assistance. It appears things seem to be on the hold and in review with regards to China's investments inside Pakistan, particularly the China-Pakistan Economic Corridor."

"The Pakistan military chief, General Qamar Javed Bajwa, who is accompanying the Pakistani PM, and is the defacto in-charge of Pakistan, wants to revive and restart the relationship with the US, and Bajwa knows Washington needs Islamabad in case of Afghanistan and if there is any conflict with Iran in the coming days. And therefore Pakistan may once again offer its services as a rental state," he added.

"It also knows that the Americans want to restrict the expansionary footprint of China in the region and therefore Pakistan may go for playing the double game whereby it keeps the US and China both engaged with Islamabad and seeks maximum financial benefit from both, and it can do so because of the geostrategic position it enjoys in the region," Siddiqui said.

The Trump administration appears to believe that the pressure it exerted on Pakistan, in an attempt to soften it over the last year, is what is paying dividends now with the country goading the Taliban -- most of whose leaders take shelter in Pakistan -- to the negotiating table.

The reality is quite the opposite.

Quick to seize on President Trump's stated desire to withdraw from Afghanistan, Pakistan's decision to facilitate the talks has more to do with its keenness to drive the US out of Afghanistan in order to get the Taliban back in the saddle in Kabul.

Astonishingly, it seems to matter little to Trump that he himself recently accused Pakistan of deceiving Washington over the years by sheltering terrorist proxies such as the Taliban and the Haqqani network, supporting them in carrying out deadly attacks against US troops in Afghanistan.

Nor does it matter to him that the Afghan government blames Pakistan, particularly its spy agency, the Inter-Services Intelligence, for keeping the Taliban militarily and politically alive throughout these years.

Junaid Qureshi, the Director of the Amsterdam-based European Foundation for South Asian Studies (EFSAS) said, "The foreign policy of Pakistan towards the US and China might differ, yet it is fashioned through a balance of power principle, since the destabilised state of Pakistan requires someone to play as a gyroscope that counterweights the tilted scales and establishes an equilibrium."

Nevertheless, it is crucial to note that Pakistan has happened to develop an important and strategic role for itself as it appears that it is a fundamental ingredient for China's rise in the region and beyond, through its provision of alternative energy supplies, transportation routes, and national security.

Yet, it remains to be seen whether the country will succeed in clearing all its woes, considering the rise of extremism in Pakistan and the support to it by the military establishment. There is a growing realisation throughout the world, including in the US, that Pakistan has played a 'double-game' for decades.

"In this scenario, some may ask whether Islamabad's marriage with China and simultaneously its affair with the US, is Pakistan's next double game?" Qureshi mused.