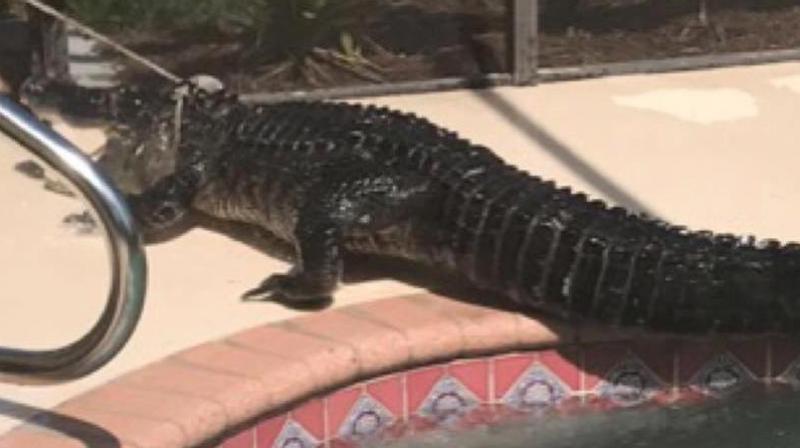 Florida: Alligators have made it a point to show their presence at astonishing places. In a video shot in Florida, an alligator has climbed over a fence and crossed the same seamlessly.

The video has attracted quite a few reactions on social media.

“When someone says there is an alligator on base, of course I have to go see and glad I did… got to watch him or her crawl over the gate and disappear so neat,” she posted on Facebook on August 17.

Hindustan Times has collected the responses of social media users. People on Facebook cannot stop sharing their reactions to the pictures and the video. “Wow huge! Crazy and scary!” says one Facebook user. “What a cool experience... from afar,” says another. “I’m the animal lover in this family but oh hell no… but cool too. I never knew they could climb a fence,” says a third.

Here is the link of the video:

Earlier, an alligator was seen resting on a rooftop in Karnataka. It so happened that the house was submerged in the prevalent floods in the state and the alligator seemed to have found a place to relax.