Dannette said that despite having two other children, she didn’t know she was 34 weeks pregnant. 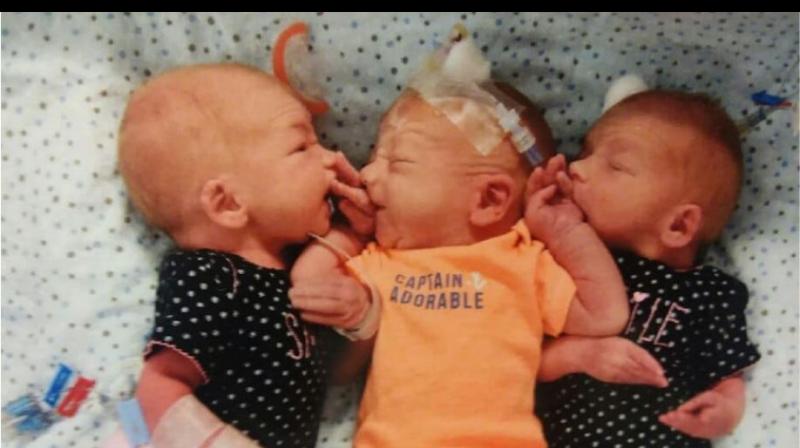 ‘You don't ever see triplets being conceived naturally, let alone going 34 weeks without knowing,’ she said in an interview. (Photo: Facebook | Dannette Giltz)

South Dakota: A woman from the US state of South Dakota recently gave birth to triplets she didn’t even know about when she visited the hospital with what she thought were kidney stones.

Dannette said that despite having two other children, she didn’t know she was 34 weeks pregnant. She said that she believed that the pain she had was from the kidney stones which was something she had been suffering from. Doctors told her she was actually in labour — with multiple babies.

The triplets were born within four minutes. Each weighed about 1.8 kilograms.

"You don't ever see triplets being conceived naturally, let alone going 34 weeks without knowing. So, everyone's like I can't believe it, I'm like we're still in shock, trust me, we know what you mean like I go to the doctor's thinking I'll have surgery for kidney stones and end up going into labour with a c-section that night. It's crazy," said Dannette, she said in interview to Kota-TV.