One dead, 5 injured in shooting on Washington DC streets: Police

The injured are being transported to area hospitals. 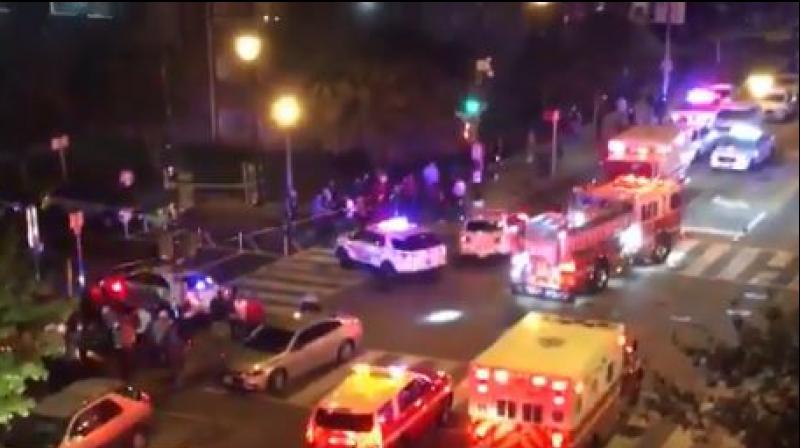 Washington: One person was killed and five others wounded on Thursday in a shooting on the streets of Washington, DC, not far from the White House, police said.

ABC affiliate WJLA-TV posted images on Twitter of ambulances carrying victims from the scene and said that there had been a “massive” police response at the intersection of 14th and Columbia streets north of the city’s downtown.

There was no word on the condition of the victims.

Located on the Potomac river, Washington DC is the capital of the United States and the seat of the federal government.

Washington DC has been grappling with gun violence. As of August 23, there have been 112 murders, up 14 per cent from the same date last year, and with four months left in 2019. July witnessed one of the worst spates of shootings with 19 people found shot in five days.

Licences are granted to residents and non-residents. A licence to carry is required for possessing a loaded handgun in a vehicle. Open carrying of a firearm is not allowed in District of Columbia. After purchasing a firearm, the buyer must wait ten days before taking possession of the gun. It is illegal to possess magazines of more than 10 round capacity.