World   Americas  21 Mar 2020  Trump lashes out at reporters over his handling of Covid19 pandemic
World, Americas

Trump lashes out at reporters over his handling of Covid19 pandemic 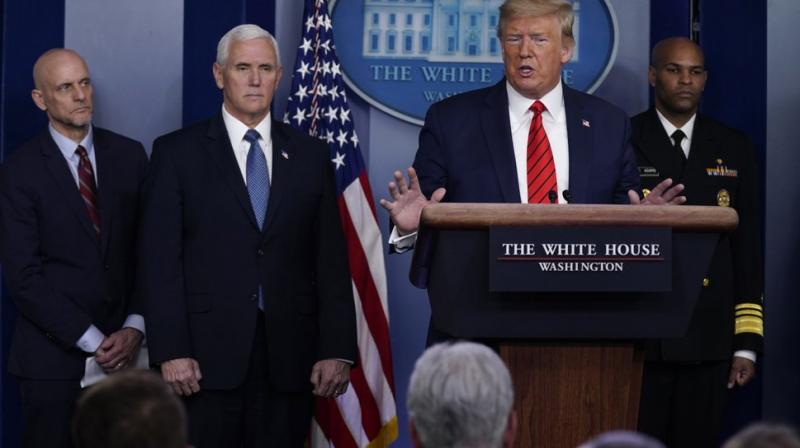 Washington: Defending his handling of the coronavirus pandemic, an angry President Donald Trump on Friday lashed out at reporters and broke with his own health officials on the science of the outbreak.

Trump said he was tapping the Defense Production Act to order American businesses to manufacture and send supplies, like testing kits, ventilators and masks, to hospitals preparing to be overwhelmed by a wave of coronavirus cases.

But he gave conflicting accounts as to when he officially invoked the rarely used order — and even if he had ultimately done so — and did not specify which companies he was marshaling for the effort. Trump had said earlier in the week he would tap the act as needed; he then added Friday that he has put that “in gear.”

The president also announced an effective closure of the U.S. border with Mexico, prohibiting most travel except for trade. That brings it in line with the restriction on the Canadian border earlier this week. The U.S. is also suspending interest on student loans to help young people cope with job losses and the financial crunch.