Indian and Chinese troops had clashed in early May, resulting in injuries to both sides 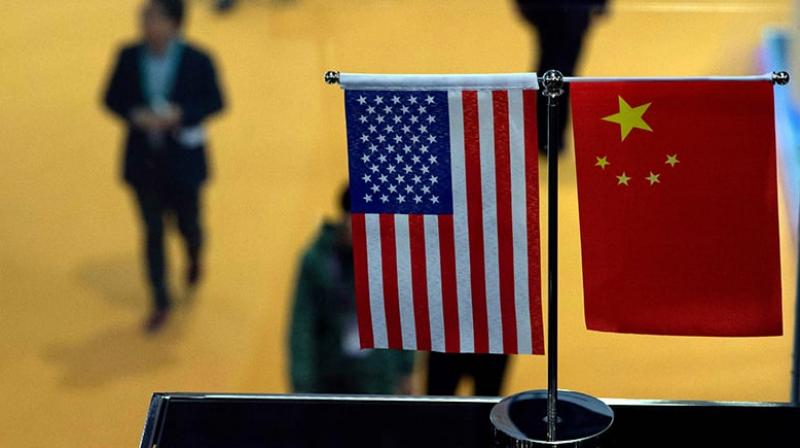 Just days after Indian and Chinese soldiers clashed with each other in two separate incidents earlier this month in the Sikkim and Ladakh sectors resulting in injuries to troops on both sides, the United States on Wednesday described it as “Chinese aggression” and “provocative and disturbing behaviour by China”, adding that it is a “reminder of the threat posed by China”.

The incident in north Sikkim had taken place on May 9 while that in eastern Ladakh had taken place on the intervening night of May 5-6. In both incidents, aggressive Chinese People’s Liberation Army (PLA) patrols were stopped by Indian troops inside Indian territory that China claims as its own.

Ms Alice G. Wells, the US principal deputy assistant secretary of the bureau of South and Central Asian affairs, said, “It’s a reminder that Chinese aggression is not always just rhetorical. Whether it is in the South China Sea or whether it’s along the border with India, we continue to see provocations and disturbing behaviour by China that raises questions about how China seeks to use its growing power. And that is why you have seen a rallying of like-minded nations, whether it’s through Asean, or through other diplomatic groupings — the trilateral the US has with Japan and India, the Quadrilateral with Australia (and US, Japan and India). The border disputes are a reminder of the threat posed by China.”

Meanwhile, according to media reports, in a statement released on Tuesday in Mandarin, the Chinese foreign ministry in Beijing referred to the recent clash in Sikkim, claiming that “the Indian Army has crossed the line across the western section of the Sino-Indian border and the Sikkim section to enter Chinese territory”. The statement also reportedly added that the Chinese side had taken up the matter with India, asking the Indian side to “immediately withdraw the personnel across the line, restore the status quo of the relevant areas, strictly restrict the frontline troops, observe the important consensus reached by the leaders of the two countries and the agreements signed by the two sides, and jointly maintain peace and stability in the border areas.”

It may be recalled that New Delhi had recently said it “remains committed to the objective of maintaining peace and tranquility in the India-China border areas”, adding that occasionally, “situations have arisen on the ground that could have been avoided if we (both sides) had a common perception of the Line of Actual Control (LAC)”.

India had added, “The Indian side remains committed to the objective of maintaining peace and tranquility in the India-China border areas. The two sides have established mechanisms to resolve such situations as and when they arise including Border Personnel Meeting, Flag Meetings, and Working Mechanism for Consultation & Coordination on India-China Border Affairs as well as diplomatic channels.”

New Delhi had further said, “Prime Minister Narendra Modi and Chinese President Xi Jinping in their informal Summits in Wuhan (2018) and in Chennai (2019) had reaffirmed that both sides will continue to make efforts to ensure peace and tranquility in the border areas. This is essential for the overall development of the bilateral relations. The two leaders had also directed their militaries to earnestly implement various confidence building measures agreed upon between the two sides, including the principle of mutual and equal security, and strengthen existing institutional arrangements and information sharing mechanisms to prevent incidents in border regions.”