Trump admits he urged team to slow down COVID-19 testing

Meanwhile, six members of an advance team working in Tulsa ahead of Trump's rally tested positive for COVID-19 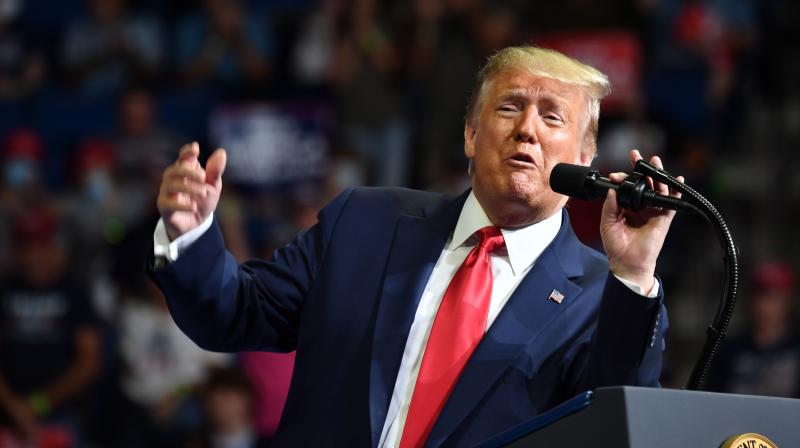 US President Donald Trump speaks during a campaign rally at the BOK Center on June 20, 2020 in Tulsa, Oklahoma. (AFP)

Tulsa: US President Donald Trump said Saturday he was encouraging health officials in his administration to slow down testing, arguing that increased tests lead to more cases being discovered.

The president has claimed falsely on several occasions that surges of COVID-19 in several states can be explained by increased diagnostic tests.

At his first rally since the outbreak forced nationwide shutdowns in March, Trump told the crowd in Tulsa, Oklahoma that testing was a "double-edged sword."

The US -- which has more deaths and cases than any other country -- has carried out more than 25 million coronavirus tests, placing it outside the top 20 countries in the world, per capita.

"Here is the bad part: When you do testing to that extent, you are going to find more people, you will find more cases," Trump argued.

"So I said to my people 'slow the testing down.' They test and they test."

It was not clear from Trump's tone if he was playing to the crowd, which cheered as he spoke, or if he was being serious.

However, a White House official told AFP that Trump "was clearly speaking in jest to call out the media's absurd coverage. We are leading the world in testing, and we are proud to have conducted 25 million-plus tests."

Coronavirus cases have spiked in several states, including Oklahoma, and local health officials had asked Trump to postpone the rally, fearing it would contribute to the spread.

Six members of an advance team working in Tulsa ahead of the rally tested positive for COVID-19, the Trump campaign said just hours before the president took the stage.