'We answered every question they asked that was legitimately pre-election and focused on Russia,' Giuliani said in an interview. 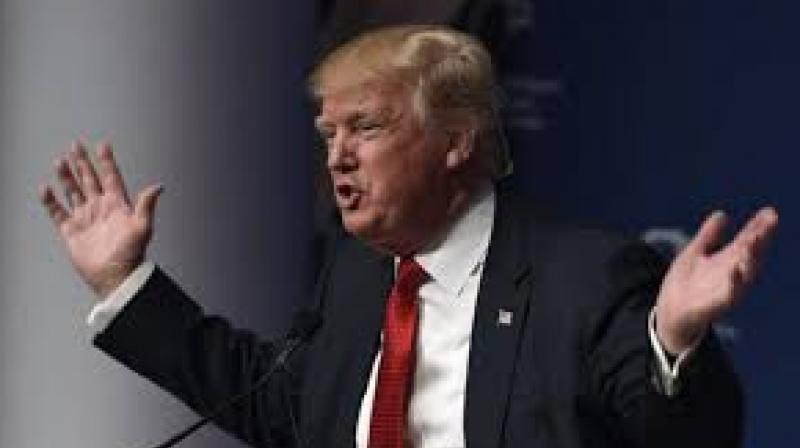 Trump signed the submission on Tuesday before he left Washington to spend the Thanksgiving holiday in Florida, a person familiar with the matter said. (Photo: File)

Washington: US President Donald Trump has submitted written answers to questions from Special Counsel Robert Mueller in his probe of Russian meddling in the 2016 election and possible collusion with the Trump campaign, Trump's lawyer Rudy Giuliani said on Tuesday.

"We answered every question they asked that was legitimately pre-election and focused on Russia," Giuliani said in an interview. "Nothing post-election. And we've told them we're not going to do that."

Giuliani said Trump did not plan to answer any questions from Mueller on whether he tried to obstruct the investigation once he won office, such as by firing former FBI Director James Comey.

"It is time to bring this inquiry to a conclusion," the lawyer said in a statement earlier on Tuesday announcing that Trump's answers had been submitted in the probe, which Trump has repeatedly called a "witch hunt."

Trump signed the submission on Tuesday before he left Washington to spend the Thanksgiving holiday in Florida, a person familiar with the matter said.

A spokesman for Mueller, who was appointed special counsel in May 2017, declined to comment.

Mueller was tasked to probe "any matters that arose or may arise directly from the investigation" into possible collusion between Trump's campaign and Russia during the 2016 election.

US intelligence agencies have concluded that Russia interfered in the 2016 presidential election to try to tip it toward Trump by undermining Democratic candidate Hillary Clinton.

Trump has denied any collusion with Moscow and Russia has said it did not meddle in the election.

Among the topics Trump answered questions about on Tuesday was a June 2016 meeting between the president's son Donald Trump Jr, other members of Trump's campaign team and a group of Russians, the person familiar with the matter said.

Trump has denied knowing about the Trump Tower meeting with the Russians, who had promised damaging information about Democratic rival Hillary Clinton.

Other questions may have touched on WikiLeaks founder Julian Assange and Roger Stone, a longtime Trump ally with ties to WikiLeaks, who also is under investigation.

"There were no real big surprises in the questions. They were detailed, complex, they were multipart," Giuliani said. He would not say how many questions there were.

Mueller has already brought charges against some former Trump aides, including his former campaign chairman and his former national security adviser, as well as a number of Russian individuals and entities.

US prosecutors are also preparing to pursue a criminal case against Assange, having obtained a sealed indictment that was revealed in an unrelated criminal case filing last week.

WikiLeaks is known for publishing documents that were previously not public. During the campaign, the group published Democratic emails that US intelligence agencies have concluded were hacked by Russia. Trump praised WikiLeaks during the campaign.

Giuliani said in the statement on Tuesday the president had provided "unprecedented cooperation" with the probe over the past year and a half, noting that more than 30 White House-related witnesses had been questioned and 1.4 million pages of material turned over before Trump responded to the pre-election questions in writing.

He added that "much of what has been asked raised serious constitutional issues and was beyond the scope of a legitimate inquiry."

Giuliani later told Reuters there was "very little hope" Trump would sit for an interview with the special counsel.

Trump's lawyers have been negotiating with Mueller's prosecutors since last year over whether the president would sit for an interview. Trump himself has offered mixed responses.

In an interview that aired on Sunday, he told "Fox News Sunday" that he was unlikely to do so, explaining that "we've wasted enough time on this witch hunt and the answer is, probably, we're finished."

It is unclear whether Mueller would subpoena him to testify, likely setting off a legal and political battle.

Lisa Kern Griffin, a former federal prosecutor and a law professor at Duke University, said she was sceptical much of what had been asked was outside the scope of legitimate authority, as Giuliani maintained.

"The special counsel has a broad mandate to determine what took place during the campaign and to determine whether there has been an effort to obstruct that investigation," Griffin said. "As other presidents have found out, they are not above the law."