Another key portfolios reshuffle was Chrystia Freeland who has been moved from foreign affairs to become Canada’s Deputy Prime Minister. 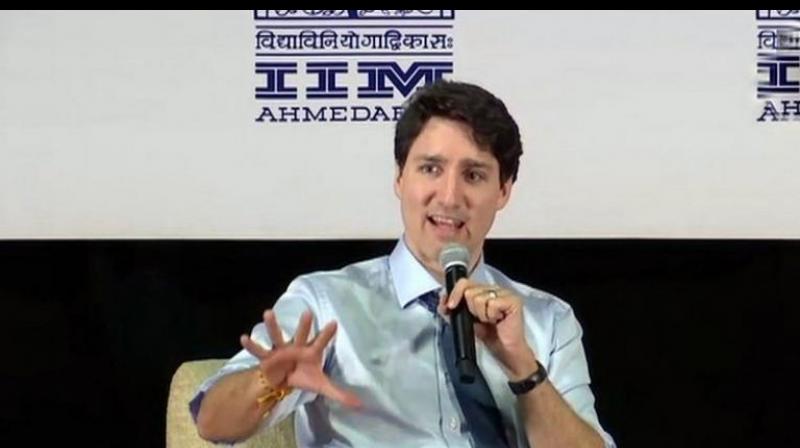 Four Indian-origin MPs Navdeep Singh Bains, Harjit Singh Sajjan, Bardish Chaggar and Anita Anand have been included in the new cabinet. Anita is the first ever Hindu minister in the cabinet, who has been made minister of public services and procurement.

Bains becomes minister of innovation, science and industry. Chagger has been appointed as minister of diversity, inclusion and youth, while Sajjan remains the minister of national defence.

Another key portfolios reshuffle was Chrystia Freeland who has been moved from foreign affairs to become Canada’s Deputy Prime Minister. Freeland, 51, will be responsible for trying to repair regional fractures.

The new strong and skilled team. There’s lots of work ahead, and we’re ready to keep moving Canada forward. Read more about the members of Cabinet: https://t.co/tzMArklMK3 pic.twitter.com/UbQNU3opBn

Trudeau’s Liberals lost all their seats in the oil-rich provinces of Alberta and Saskatchewan, furthering a sense of alienation in a region already deeply frustrated with the government’s energy and pipeline policies.

Here are details of ministers with key portfolios:

Morneau has been Canada’s finance minister since 2015, the same year he was first elected to office. Prior to 2015, the Toronto member of parliament headed the human resource firm Morneau Shepell. He is also a former chair of the C.D. Howe Institute, a Canadian thinktank.

He is married to Nancy McCain, an heir to Canada’s McCain Foods empire.

A lawyer by profession, Champagne spent more than 20 years working for large multinational companies, including Swiss-Swedish automation firm ABB Group, before being elected in 2015.

Wilkinson, who represents a constituency in the left-leaning province of British Columbia, said in June he was in favor of the Trans Mountain pipeline, a contentious issue in Western Canada. He previously served as Canada’s fisheries minister.

A former TV anchor, O’Regan has previously served as Canada’s veterans minister and minister of indigenous services. He comes from the oil-producing province of Newfoundland and Labrador.

O’Regan, who is one of Trudeau’s closest friends and attended his wedding, faced criticism in December after he compared his own career arc as similar to the problems facing many ex-military members.

First elected in 2015, Bibeau was appointed as Canada’s first female agriculture minister in March. Bibeau, who hails from the French-speaking province of Quebec, was previously minister of international development.