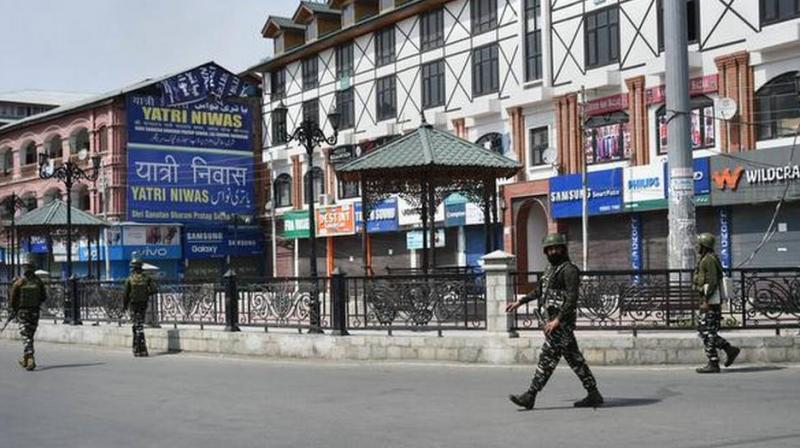 India on August 5 abrogated provisions of Article 370 of the Constitution to withdraw Jammu and Kashmir's special status and bifurcated it into union territories. (Photo: File)

Washington: An influential US lawmaker has said that the Indian government's decision to revoke the special status of Jammu and Kashmir was to support efforts of Prime Minister Narendra Modi to boost economic development, fight corruption and end caste and religious discrimination.

India on August 5 abrogated provisions of Article 370 of the Constitution to withdraw Jammu and Kashmir's special status and bifurcated it into union territories.

Indian Ambassador to the US Harsh Vardhan Shringla in a tweet thanked Congressman Wilson for his statement at the US House of Representatives expressing strong support "for India-US relations and India's recent initiative to usher in a new paradigm of good governance, development & socio-economic justice in Jammu And Kashmir".

Congressman Joe Wilson, while speaking at the US House of Representatives on Thursday, said Indian Parliament, with multi-party support, took the decision, "supporting the prime minister's efforts to boost economic development, fight corruption, and end gender, cast, and religious discrimination".

Wilson said one of the highlights for this year was his continued association with India as former co-chair of the Congressional Caucus on India and Indian Americans, continuing his family's 75-year appreciation of the country.

In August, he visited Mumbai to pay respects at the locations of the 26/11 terror attacks.
"The Independence Day address by Prime Minister Narendra Modi in New Delhi was inspiring on August 15," Wilson said.

"In September, it was extraordinary to be present in Houston for the Howdy Modi welcome of Prime Minister Modi by President Donald Trump. With 52,000 persons attending, it was the largest welcome event in American history for a head of state," he said.