Millions of immigrants targeted for deportation under Trump rules

The new deportation plan has been approved by Secretary of Homeland Security, but is under final review by the White House. 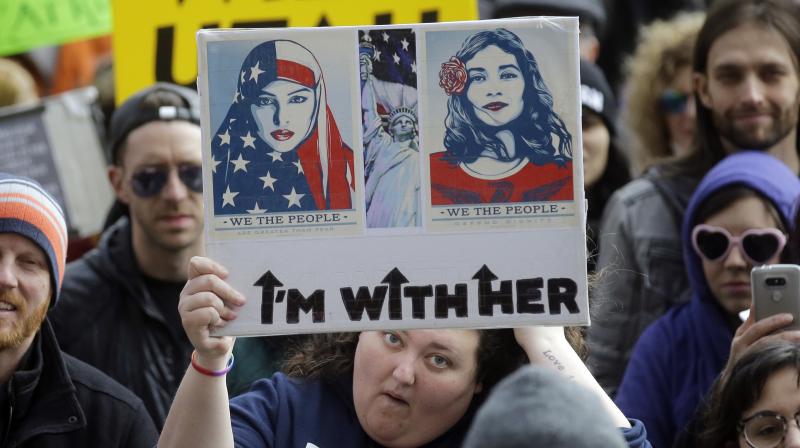 Washington: The Trump administration plans to direct immigration agents to greatly expand the categories of immigrants they target for deportation, according to drafts of two memos seen by Reuters and first reported by McClatchy news organization on Saturday.

Two sources familiar with the plans told Reuters the documents have been approved by Secretary of Homeland Security John Kelly, but are under final review by the White House. They are expected to be released to US Immigration and Customs Enforcement (ICE) and Customs and Border Protection (CBP) early next week.

Under the orders, hundreds of thousands of people would face expedited removal proceedings, including those that had not been prioritized for deportation under former President Barack Obama.

The memos are guidance to instruct agents in the field to implement two executive orders signed by Trump on Jan. 25 intended to deter future migration and drive out more illegal migrants from the United States.

One memo instructs ICE agents to ignore Obama’s memos on immigration priorities that targeted only recent arrivals and convicted criminal migrants for deportation. Instead, migrants who have been charged with crimes but not convicted would be prioritized for deportation. The guidance also allows ICE agents wide discretion in deciding who to deport and considers anyone in the United States illegally to be subject to deportation.

The guidance does leave in place Obama’s 2012 executive action that protected 750,000 people brought to the United States illegally by their parents. The fate of the policy, known as DACA, has been hotly debated within the White House, according to sources familiar with the discussions. Trump said in a news conference Friday that DACA was a “very difficult subject” for him.

The ICE memo also states that immigrants will not be afforded rights under US privacy laws.

The second memo instructs CBP officers to crack down on illegal migration at the border by holding migrants in detention until a determination in their case is made.

The Department of Homeland Security did not deny any information contained in the draft memos but did not provide further detail.

Kelly said in one of the memos that illegal immigration across the US border with Mexico had "created a significant national security vulnerability to the United States."