Trump's January order was hastily implemented just days after his inauguration, leading to chaos and protests at airports. 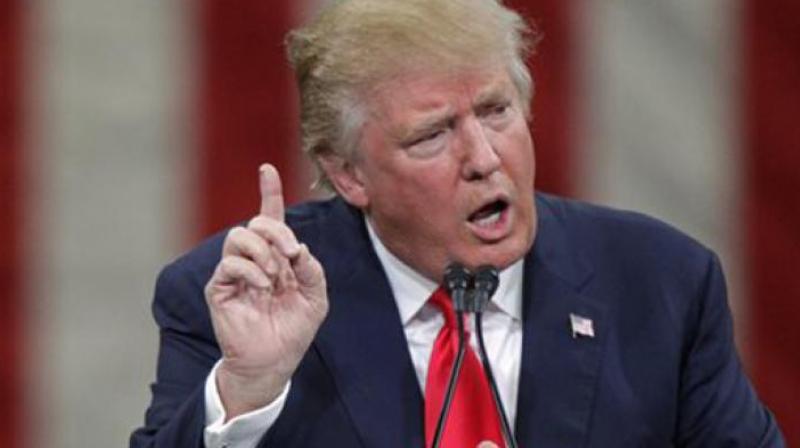 Some legal experts say the states' realignment could signal that the changes made last month to Trump's original executive order have strengthened the government's case. (Photo: File)

New York: President Donald Trump's travel ban on citizens of six Muslim-majority nations faces its second challenge at a US appeals court next month, and this time more Republican states are backing the measure, while one Democratic state attorney general dropped out of the legal fight this week.

Some legal experts say the states' realignment could signal that the changes made last month to Trump's original executive order have strengthened the government's case.

Sixteen Democratic state attorneys general and the District of Colombia on Thursday filed a "friend of the court" brief backing Hawaii in its bid to block the March 6 executive order, which two federal judges put on hold before it could be implemented. Hawaii and other states argue the ban violates the US Constitution because it discriminates against Muslims.

But Pennsylvania Attorney General Josh Shapiro, who opposed the original ban that Trump signed on Jan. 27, did not join Thursday's brief, which was filed in the 9th US Circuit Court of Appeals in San Francisco. Shapiro declined to comment.

On the other side, Texas, which had been alone in its support for the original January order, has gained the support of 14 Republican states urging that the ban go forward in a legal brief filed on April 10. Those states back the government's argument that the president has wide authority to implement immigration policy and that the ban is needed to prevent terrorist attacks.

Trump's original ban, which the president said was needed for national security to head off attacks by Islamist militants, applied to seven Muslim-majority nations and indefinitely banned the entry of all refugees from Syria. It was revised and narrowed after a flurry of legal challenges.

"The second executive order was much more carefully written than the first. Maybe when various states analyzed it they weren't as interested as joining," said Stephen Yale-Loehr an immigration expert at Cornell University Law School. However, he said, "amicus briefs sometimes are filed for political reasons."

Some judges pay close attention to amicus briefs, while others disregard them.

Trump's January order was hastily implemented just days after his inauguration, leading to chaos and protests at airports and more than two dozen lawsuits. A federal judge in Seattle halted the order and the 9th circuit upheld that ruling.

The White House re-crafted the order to exclude legal permanent residents and removed Iraq from the list of targeted countries.

Iran, Libya, Somalia, Sudan, Syria and Yemen are still included in the new order. The new ban also dropped language giving preference to refugees who are part of a persecuted religious minority in their country of citizenship.

The changes were meant to chip away at the plaintiffs' "standing" to sue, which requires that anyone bringing a lawsuit show they have been directly harmed by the action they are contesting.

But as soon as the second order was signed, states and civil rights groups went back to court, saying that it was still discriminatory.

Federal district judges in Maryland and Hawaii put the second order on hold before it could take effect on March 16.