While Trump has not suggested he wants to back out, he has struggled to define his objectives for the historic sit-down. 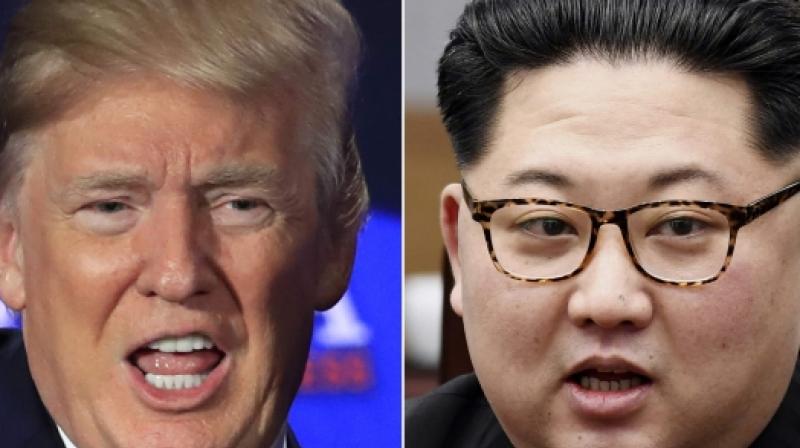 North Korea threw a wrench in the plans last week, threatening to cancel over concerns about the US push to see the complete denuclearization of the Korean Peninsula. (Photo: AP)

As the Singapore meeting with North Korean leader Kim Jong Un draws near, the president and his allies are growing increasingly anxious about how he can score a win on the world stage. While Trump has not suggested he wants to back out, he has struggled to define his objectives for the historic sit-down, and last week he drew fresh criticism from his foreign foil.

"I think that Trump imagined he would go into this meeting and be able to have a historic breakthrough with a deal, but it's clear he's starting to realize it won't be as easy as he imagined," said Jean Lee, director of the North Korea program at the Woodrow Wilson Centre and a former Associated Press bureau chief in Pyongyang.

Trump, who has pitched himself as the ultimate negotiator, has focused on ambitious deals as president but has struggled with the fine print. He just hit the pause button on his threatened trade war with China, announcing an agreement to reduce America's trade deficit with China — but few details. He recently withdrew the US from the international Iran-nuclear deal — without outlining a path forward with his allies. And his Middle East peace plan, which he deputized his son-in-law to lead, is months overdue and facing a more skeptical audience than ever.

Read: Defective at its core: Donald Trump pulls US out of Iran nuke deal

Supporters stress that sometimes Trump's ambitious efforts do pay off, as with the massive tax cut bill he signed into law late last year.

Going into the North Korea meeting, senior administration officials say, the president has been almost singularly focused on the pageantry of the summit —including the suspenseful roll-out of details. He has not been deeply engaged in briefing materials on North Korea's nuclear program, said three people with knowledge of the White House efforts. They were not authorized to speak publicly.

Scott Snyder, director of the Program on US-Korea Policy at the Council of Foreign Relations, said there's a risk that "the ceremony and the historic nature of the meeting be allowed to overshadow the deliverables."

Driven by gut instinct, Trump rarely dives deep as he prepares to meet with foreign counterparts. For the North Korea meeting, insiders say, he is motivated by the idea of scoring a historic deal and is tickled by suggestions he could win a Nobel Peace Prize — especially since Barack Obama won the honour early in his presidency. Trump has maintained publicly that his goal is to see the Korean Peninsula denuclearized, and the North has agreed to put its nuclear program on the negotiating table as a condition for the talks. But the two sides are still miles apart on defining what might be mutually acceptable.

Trump will huddle Tuesday at the White House with South Korean President Moon Jae-in to prepare for the June 12 summit. It was Moon's government that delivered the initial invitation from Kim for a meeting, and South Korea has been pushing the US toward a peaceful resolution to the nuclear crisis.

North Korea threw a wrench in the plans last week, threatening to cancel over concerns about the US push to see the complete denuclearization of the Korean Peninsula. Administration officials viewed the warning as bluster, akin to Trump's own promise to walk away if Kim isn't serious about denuclearization. Both sides, they said, have a vested interest in a successful meeting.

Read: Will cancel summit if US seeks 'one-sided' demands to give up nukes: N Korea

Two former Trump administration officials said the high degree of uncertainty surrounding the talks benefits Kim, who stands to gain the most in the form of international legitimacy from a sit-down with Trump.

Concrete gains for Trump would be slower to emerge. Denuclearization programs are measured in months, not days, and for North Korea, which has already demonstrated thermonuclear capability, it would likely take years to dismantle and verify that it had abandoned its atomic efforts, should it agree to do so.

One official said the priority of the talks in Singapore would be to reach a topline understanding with Kim, with details to be fleshed out later.

The best-case scenario, experts said, would mirror the Iran-nuclear agreement that Trump withdrew from earlier this month — securing an end to the North's atomic program in exchange for a lifting of sanctions. Such an agreement could provide Kim more assurances that his leadership would be secure.

While public jockeying last week led to speculation about whether the meeting will happen, people close to Trump say he does want it to take place.

Victor Cha, a professor at Georgetown University and former White House official, said the best outcome would be "good optics, good atmospherics, some broad statements on denuclearization and peace, and some immediate deliverable." He said the worst-case scenario was cancelling the meeting.

"Where are we, if the meeting is cancelled? Are we going back to where we were in 2017? Is North Korea going to start testing again?" he asked. "I think from the broader perspective that would be the worst outcome."

Laying the political groundwork, Vice President Mike Pence, in an interview with Fox News, said both the Clinton and Bush administrations had been "played" by the North Korean government.

"We offered concessions to the North Korean regime in exchange for promises to end their nuclear weapons program, only to see them break those promises and abandon them," he said. "It would be a great mistake for Kim Jong Un to think he could play Donald Trump."