UK: Indian-origin man sued by food giant for syphoning off over Rs 7 crore

Chopra from England, is accused of having teamed up with Jain in India, who he nicknamed 'Mr Reliable'. 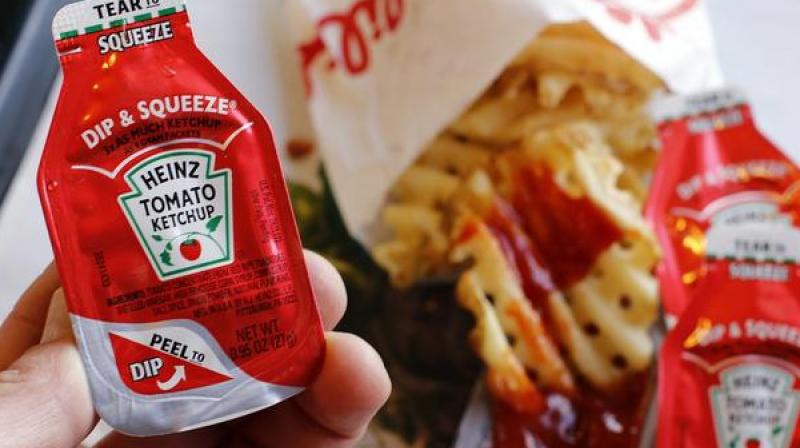 The claim, which has been lodged at the UK High Court, alleges that Chopra continued to receive money due to the UK arm of US-headquartered Kraft Heinz even when he left the firm after less than a year back in 2017. (Photo: File | AP)

London: An Indian-origin man is being sued by a leading food processing company in the UK for damages over allegations that he teamed up with an accomplice based in India to steal more than half a million pounds.

Karan Chopra is accused by food giant Heinz of syphoning off funds into fake customer accounts and is seeking damages as well as the return of GBP 648,000.

According to The Sunday Telegraph, Chopra and Rohit Jain, who worked for an India-based information technology company Genpact, are accused of devising a system to pay themselves cash which should have been paid to Heinz by exploiting their knowledge of its processing and payments system.

The claim, which has been lodged at the UK High Court, alleges that Chopra continued to receive money due to the UK arm of US-headquartered Kraft Heinz even when he left the firm after less than a year back in 2017.

The then 27-year-old joined the food manufacturer as a commercial analyst four years after graduating in business and finance from the University of Hull.

His job was to increase sales by making deals with wholesale customers, sometimes offering them rebates if they bought enough of a certain Heinz product.

Chopra, from Slough in south-east England, is accused of having teamed up with Jain in India, who he nicknamed "Mr Reliable", to set up a string of fake companies through which to divert funds.

The pair are alleged to have set up a total of four fictitious companies to claim rebates they were not entitled to, the UK newspaper reported.

Chopra, who went on to work for Nestle as a commercial finance analyst, is accused in the claim of having misappropriated a total of GBP 648,269.74 through "deceit, unlawful means conspiracy, and breach of contract".

Heinz is suing him for the return of the money, as well as damages, and says he intentionally inflicted harm on the company through his unlawful acts.

Heinz claims Chopra, now aged 30, made an agreement with Jain to misappropriate money and hide their actions.

There is no suggestion that Genpact, the Indian company, knew of or were complicit in the alleged actions of the two men.

Heinz accuses Chopra of acting "in flagrant and cynical disregard for its right", and is seeking exemplary damages from him, as well as repayment of the stolen funds.

Chopra has made no comment to the newspaper in relation to the case but is expected to deny the claims made against him.