After May 1, Trump would decide whether to permanently exempt the countries based on the status of talks. 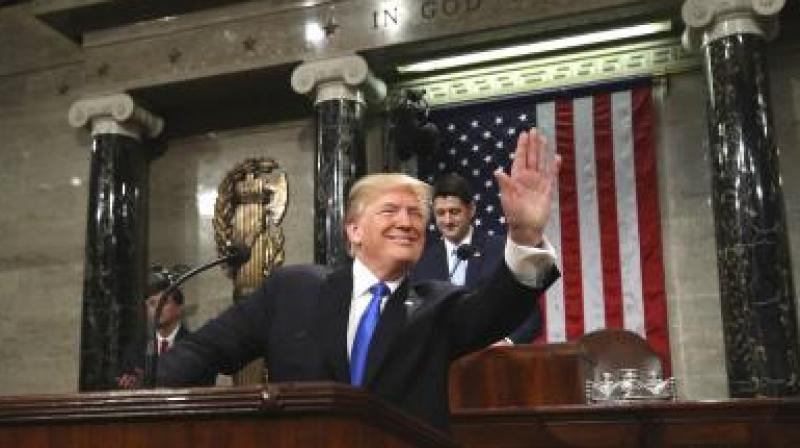 Donald Trump has temporarily excluded six countries, including Canada and Mexico, and European Union states from higher US import duties on steel and aluminium meant to come into effect on Friday. (Photo: File)

Washington: Donald Trump has temporarily excluded six countries, including Canada and Mexico, and European Union states from higher US import duties on steel and aluminum meant to come into effect on Friday.

In a presidential proclamation published late on Thursday, Trump said he would suspend tariffs for Argentina, Australia, Brazil, South Korea, Canada, Mexico and the European Union, the US's biggest trading partner, until May 1, 2018 as discussions continue.

After May 1, Trump would decide whether to permanently exempt the countries based on the status of talks, the White House said in a statement.

The United States was set to begin imposing the higher import duties of 25 percent on steel and 10 percent on aluminium, mainly aimed at curbing imports from China, as of 12:01 a.m. EST on Friday.

"I have determined that the necessary and appropriate means to address the threat to the national security posed by imports from steel articles from these countries is to continue these discussions and to exempt steel articles imports from these countries from the tariff, at least at this time," according to Trump's proclamation released by the White House.

It said countries not on the list could discuss with Washington ways to address US national security concerns caused by imports of steel from that country.

Earlier, German Chancellor Angela Merkel warned that the EU would respond firmly if the United States did not exempt European steel and aluminium.

The European Commission had proposed that if US tariffs were applied the bloc would challenge them at the World Trade Organization.

Trump said South Korea was listed because of its important security relationship with the United States, "including our shared commitment to eliminating the North Korean nuclear threat."

South Korean President Moon Jae-in is pushing for a three-way leaders' summit with North Korea and the United States aimed at ending the nuclear threat on the Korean peninsula. Trump has said he is willing to participate in the meeting although no date or location has been set.