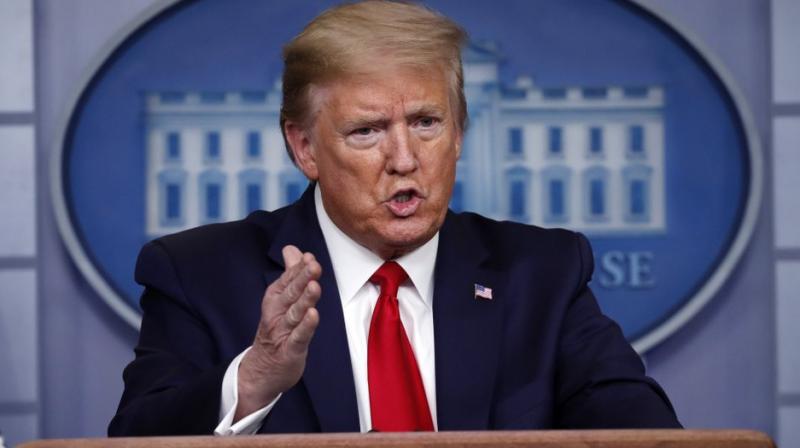 WASHINGTON: President Donald Trump claimed Wednesday that he had signed an executive order “temporarily suspending immigration into the United States.” But experts say the order will merely delay the issuance of green cards for a minority of applicants.

Trump said his move was necessary to help Americans find work in an economy ravaged by the coronavirus.

“This will ensure that unemployed Americans of all backgrounds will be first in line for jobs as our economy reopens,” he said.

But the order includes a long list of exemptions, including for anyone who is currently in the country, those seeking entry to work as physicians and nurses, wealthy foreign investors, and the spouses and minor children of American citizens. The 60-day pause also leaves untouched the hundreds of thousands of temporary work and student visas the U.S. issues each year.

That left partisans on both sides of the immigration battle accusing Trump of being driven more by politics than policy as he tries to rally voters in an election year. Yet experts say that, if the order is made permanent, it would also satisfy Trump’s long-stalled push to end what he calls “chain migration.” It’s the latest example of his administration using the pandemic as cover to enact immigration policy changes he has long championed.

Like other world leaders, Trump has restricted travel from much of the globe, including China and large swaths of Europe. The borders with Mexico and Canada have been closed to all but “essential” travel.

In recent days, officials bolstered by their successful efforts to restrict travel at the country’s borders had been discussing how they might seize the opportunity to enact additional immigration restrictions.

Trump’s team, however, denied Tuesday that he was using the virus to make good on a longstanding campaign promise during an election year.