Trump won US presidency with lowest minority vote in 40 years 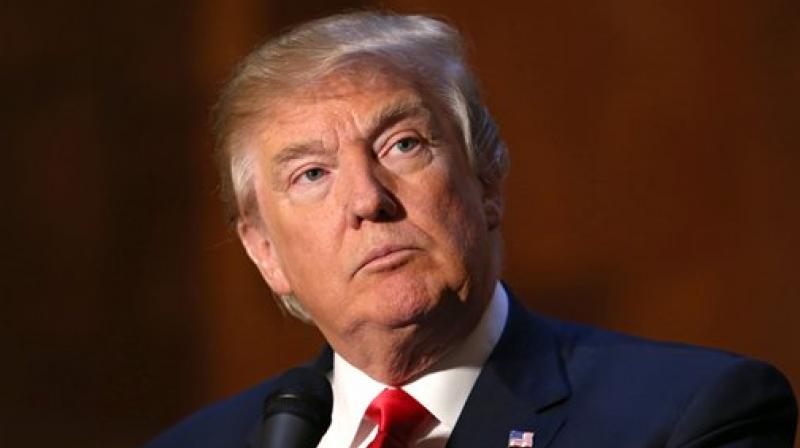 Washington: Donald Trump won the U.S. presidency with less support from black and Hispanic voters than any president in at least 40 years, a Reuters review of polling data shows, highlighting deep national divisions that have fueled incidents of racial and political confrontation.

Among black voters, his showing was comparable to the 9 percent captured by George W. Bush in 2000 and Ronald Reagan in 1984. But Bush and Reagan both did far better with Hispanic voters, capturing 35 percent and 34 percent, respectively, according to exit polling data compiled by the non-partisan Roper Center for Public Opinion Research.

And Trump’s performance among Asian-Americans was the worst of any winning presidential candidate since tracking of that demographic began in 1992.

The racial polarization behind Trump’s victory has helped set the stage for tensions that have surfaced repeatedly since the election, in white supremacist victory celebrations, in anti-Trump protests and civil rights rallies, and in hundreds of racist, xenophobic and anti-Semitic hate crimes documented by the Southern Poverty Law Center (SPLC), which tracks extremist movements. The SPLC reports there were 701 incidents of “hateful harassment and intimidation” between the day following the Nov. 8 election and Nov. 16, with a spike in such incidents in the immediate wake of the vote.

Signs point to an ongoing atmosphere of confrontation.

The Loyal White Knights of the Ku Klux Klan, a white separatist group that vilifies African-Americans, Jews and other minorities, plans an unusual Dec. 3 rally in North Carolina to celebrate Trump’s victory. Left-wing and anarchist groups have called for organized protests to disrupt the president-elect’s Jan. 20 inauguration. And a “Women’s March on Washington,” scheduled for the following day, is expected to draw hundreds of thousands to protest Trump’s presidency.

American politics became increasingly racialized through President Barack Obama’s two terms, “but there was an attempt across the board, across the parties, to keep those tensions under the surface,” says Jamila Michener, an assistant professor of government at Cornell University.

That dynamic was evident last week.

When Vice President-elect Mike Pence attended the Broadway musical “Hamilton” in New York on Friday, the multi-ethnic cast closed with a statement expressing fears of a Trump presidency. A far different view was on display the next day as a crowd of about 275 people cheered Trump’s election at a Washington conference of the National Policy Institute, a white nationalist group with a strong anti-Semitic beliefs.

“We willed Donald Trump into office; we made this dream our reality,” NPI President Richard Spencer said. After outlining a vision of America as “a white country designed for ourselves and our posterity,” he closed with, “Hail Trump! Hail our people! Hail victory!”

Though Trump’s election victory was driven by white voters, his performance even among that group was not as strong as some of his predecessors. Reagan and George H.W. Bush both won the presidency with higher shares of the white vote than the 55 percent that Trump achieved.

The historical voting patterns reflect decades of polarization in American politics, but the division surrounding Trump appears more profound, says Cas Mudde, an associate professor specializing in political extremism at the University of Georgia. These days, he adds, “people say they don’t want their children even to date someone from the other party.”

Indeed, voters’ opinions of those on the opposite side of the partisan divide have reached historic lows. Surveys by the Pew Research Center showed this year that majorities of both parties held “very unfavorable” views of the other party – a first since the center first measured such sentiment in 1992.

And the lion’s share of those people believe the opposing party’s policies “are so misguided that they threaten the nation’s well-being,” the center found.

That level of division has spurred activists on both sides of the political divide to take their activism in a more confrontational direction.

In the wake of Trump’s victory, protesters on the left took to the streets by the thousands in cities across the country, in some cases causing property damage.

Much of the agitation was motivated by a belief that Trump’s administration will foster racism and push the courts and other political institutions to disenfranchise minority voters, says James Anderson, editor of ItsGoingDown.Org, an anarchist website that has promoted mass demonstrations against Trump’s presidency, including a call to disrupt his inauguration.

Many on the left have come to distrust government institutions, embracing a breed of activism aimed at directly confronting what they see as condemnable political forces, Anderson says. “The answer now is to organize, build power and autonomy and fight back.”

On the opposite end of the political spectrum, Trump’s election is bringing new hope for right-wing activists who felt abandoned by the major parties.

John Roberts, a top officer in the Ku Klux Klan affiliate planning the December rally to celebrate Trump’s election, says the group is committed to non-violent demonstrations, but he sees Trump’s election as likely to bring a new era of political conflict. And much of the strife, he says, will be centered around racial divisions.

“Once Trump officially takes office, there is going to be a boiling over at some point in time,” Roberts says. “Who knows when that’s going to be, but it’s not going to be pretty.”