He was charged by a federal grand jury in Manhattan. Earlier, Avenatti has also indicated that another indictment was forthcoming. 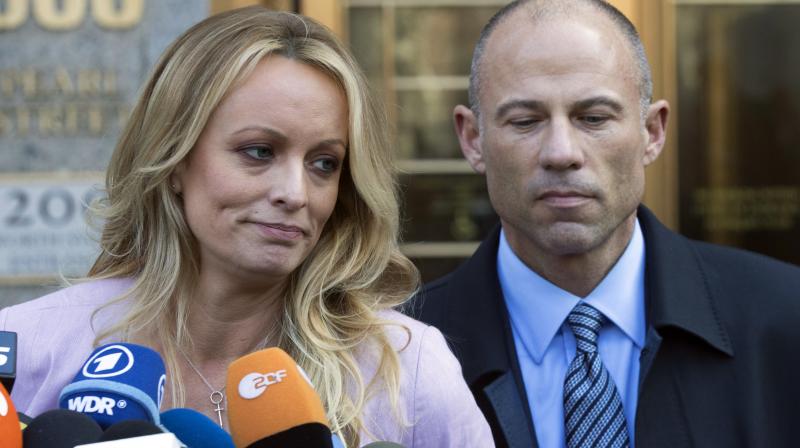 Avenatti was arrested in March after prosecutors said that the 48-year-old attorney threatened to release 'damaging information' about Nike. (Photo:AP)

Washington: Celebrity lawyer Micheal Avenatti, who is currently out on bail, on Wednesday indicted with two more charges - alleged extortion of Nike and defrauding his former client and adult-film star Stormy Daniels.

He was charged by a federal grand jury in Manhattan. Earlier, Avenatti has also indicated that another indictment was forthcoming.

"No monies relating to Ms Daniels were ever misappropriated or mishandled. She received millions of dollars worth of legal services and we spent huge sums in expenses. She directly paid only USD 100 for all that she received," Avenatti tweeted from his account, now set to private, earlier on Wednesday.

"I look forward to a jury hearing the evidence."

The celebrity attorney also reasserted his innocence in a tweet sent just moments after the new indictments were unsealed. "I will be fully exonerated once the relevant emails, contracts, text messages, and documents are presented," Avenatti wrote.

Avenatti was arrested in March after prosecutors said that the 48-year-old attorney threatened to release "damaging information" about Nike if the firm did not pay around USD 25 million to him. Avenatti was also been accused of embezzlement and was charged with bank and wire fraud.

Avenatti made headlines last year for representing Daniels against Trump and his now-former lawyer Michael Cohen for the USD 130,000 hush agreement over the alleged affair between the adult star and the US President.

However, on March 12, Daniels announced that she and Avenatti were parting ways. However, the reason for the split was not disclosed.

It is widely speculated that Daniels had split from Avenatti following allegations by the adult film star that the attorney had filed the lawsuit without her permission and raised money for her legal fight without consulting her.