World   Americas  24 Sep 2018  US condemns attack in Iran but says ‘needs to look at own base’
World, Americas

At least 29 people were killed when suspected Arab separatists in southwestern Iran opened fire Saturday on a parade. 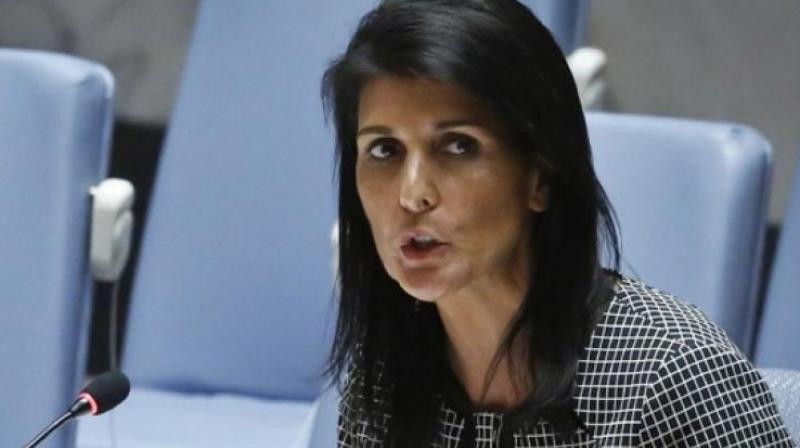 New York: The United States on Sunday condemned the deadly attack on a military parade in Iran but said the country’s clerical rulers needed to look at reasons for unrest.

“The United States condemns any terrorist attack anywhere, period. We’ve always stood by that,” Nikki Haley, the US ambassador to the United Nations, told CNN.

But she said of Iranian President Hassan Rouhani: “He has oppressed his people for a long time.”

“He needs to look at his own base to figure out where that’s coming from. I think the Iranian people have had enough and that’s where all of this is coming from.”

At least 29 people were killed when suspected Arab separatists in southwestern Iran opened fire Saturday on a parade commemorating the start of the 1980-1988 Iran-Iraq war.

Iran pinned the blame on an unnamed US-backed Gulf state for allegedly supporting the militants.

The attack, which is rare for Iran, was claimed by the Islamic State group, which is made up of Sunni Muslim extremists staunchly opposed to the Shiite clerical state in Iran.

US President Donald Trump’s administration has piled pressure on Iran, with national security adviser John Bolton and other officials in the past calling for supporting anti-government forces within the country.

Haley, however, repeated the administration position: “We’re not looking to do a regime change in Iran or anywhere.”