There is no evidence that the results were hacked or that electronic voting machines were compromised. 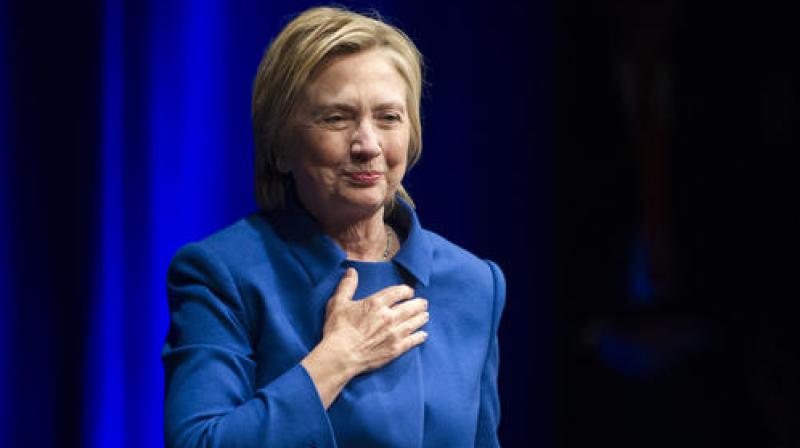 Recounts, which are often costly and time-intensive efforts, would likely only be initiated if the Clinton camp pushed for one. (Photo: AP)

New York: A group of election lawyers and data experts have asked Hillary Clinton's campaign to call for a recount of the vote totals in three battleground states Wisconsin, Michigan and Pennsylvania to ensure that a cyberattack was not committed to manipulate the totals.

There is no evidence that the results were hacked or that electronic voting machines were compromised. The Clinton campaign on Wednesday did not respond to a request for comment as to whether it would petition for a recount before the three states' fast-approaching deadlines to ask for one.

President-elect Donald Trump won Wisconsin and Pennsylvania by razor-thin margins and has a small lead in Michigan. All three states had been reliably Democratic in recent presidential elections.

The group, led by voting-rights attorney John Bonifaz and J Alex Halderman, the director of the University of Michigan Center for Computer Security and Society, contacted the Clinton campaign this week. That call, which was first reported by New York Magazine, raised the possibility that Clinton may have received fewer votes than expected in some counties that rely on electronic voting machines.

But Halderman, in an article posted on Medium yesterday, stressed that the group has no evidence of a cyberattack or voting irregularities. He urged that a recount be ordered just to eliminate the possibility.

"The only way to know whether a cyberattack changed the result is to closely examine the available physical evidence on paper ballots and voting equipment in critical states like Wisconsin, Michigan and Pennsylvania," Halderman wrote.

Recounts, which are often costly and time-intensive efforts, would likely only be initiated if the Clinton camp pushed for one, though Wisconsin independently announced that it would conduct an audit of its vote. A call for a recount, particularly coming on the heels of a fiercely contested and sharply partisan election, would likely be cheered by Democrats but denounced by Republicans eager to focus on governing.

A request to the Trump transition team for comment was not immediately returned.

Trump's campaign had long believed that his message of economic populism would resonate in the Rust Belt. He frequently campaigned in Pennsylvania and made a late push in both Wisconsin and Michigan, successfully turning out white working-class voters whom pollsters may have missed. Many pre-election polls showed Clinton with slight leads.

While advocating for the recounts, Halderman writes that "the most likely explanation" for Trump's surprise win "is that the polls were systematically wrong,"

The deadlines for petitioning for a recount in all three states are in the coming days, with Wisconsin's on Friday.

Green Party candidate Jill Stein announced a fundraising effort on Wednesday to pay for such recounts.