Democrats said it was 'urgent' that the full report on Russian interference in the 2016 US election be publicly released. 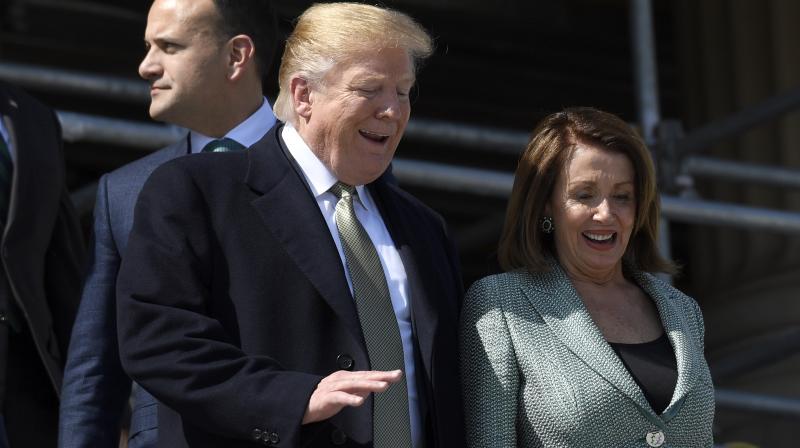 They also said Attorney General Bill Barr, nominated just months ago by Trump, is 'not a neutral observer.' (Photo:AP)

Washington: Top congressional Democrats said on Sunday it was "urgent" that the full report on Russian interference in the 2016 US election be publicly released, stressing it does not exonerate President Donald Trump.

"The fact that Special Counsel (Robert) Mueller's report does not exonerate the president on a charge as serious as obstruction of justice demonstrates how urgent it is that the full report and underlying documentation be made public without any further delay," House Speaker Nancy Pelosi and Senate Minority Leader Chuck Schumer said in a joint statement.

They also said Attorney General Bill Barr, nominated just months ago by Trump, is "not a neutral observer" in the process and that his summary of the report, delivered to Congress earlier, is not an objective determination about Mueller's findings.

The two Democrats also said that Trump's declaration that the report is a complete exoneration of the president because it clears him of colluding with Russia "directly contradicts the words of Mr Mueller and is not to be taken with any degree of credibility."