US State Department spokesman Mark Toner said the Afghan defence minister and his army chief resigned in the wake of the attack. 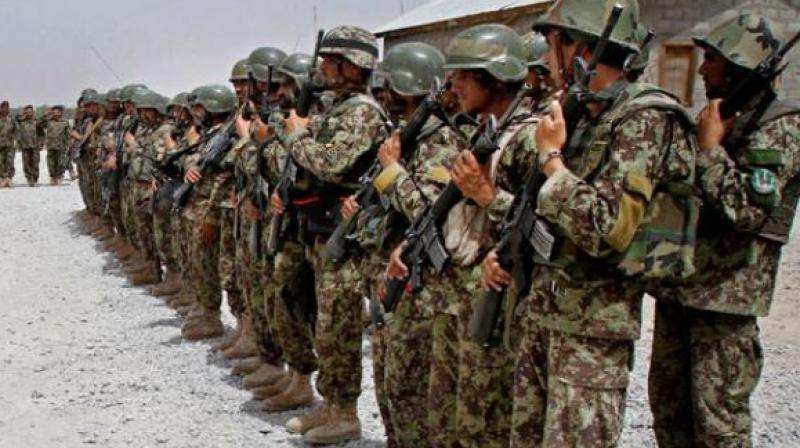 Despite ongoing support from NATO troops, Afghan forces continue to struggle to contain a resurgent Taliban and the country's precarious security situation feels like it is dangling by a thread. (Photo: AP)

Washington: The US State Department on Monday described last week's Taliban attack in northern Afghanistan as "unconscionable," but stressed America has no intention of giving up on the country despite more than 15 years of brutal war.

State Department spokesman Mark Toner said more than 100 Afghan soldiers were killed and more than 60 others were wounded in Friday's attack on an army base outside the northern city of Mazar-i-Sharif.

"This was an attack on the soldiers as they were returning from prayer. It was barbaric, it was unconscionable, and we condemn it fully," Toner said.

Toner noted that the Afghan defence minister and his army chief had resigned Monday in the wake of the attack.

"This in no way should convey to the Taliban or anyone else in the region that the US has any intention of walking away from its commitment to the Afghan government and the Afghan people," Toner said.

The exact toll from Friday's assault in the northern province of Balkh remained unclear, with some local officials putting the number of dead alone as high as 130.

The raid, the deadliest-ever by the Taliban on a military base, underscores their growing strength more than 15 years after they were ousted from power.

America has spent approximately $1 trillion in warfighting and reconstruction in Afghanistan since the US-led invasion in late 2001.

Despite ongoing support from NATO troops, Afghan forces continue to struggle to contain a resurgent Taliban and the country's precarious security situation feels like it is dangling by a thread.

US Defence Secretary Jim Mattis warned of "another tough year" in Afghanistan as he arrived on an unannounced visit Monday, hours after his Afghan counterpart Defence Minister Abdullah Habibi and army chief Qadam Shah Shaheem resigned.