The visit comes during an escalating trade war between the two nations following a series of tit-for-tat tariffs. 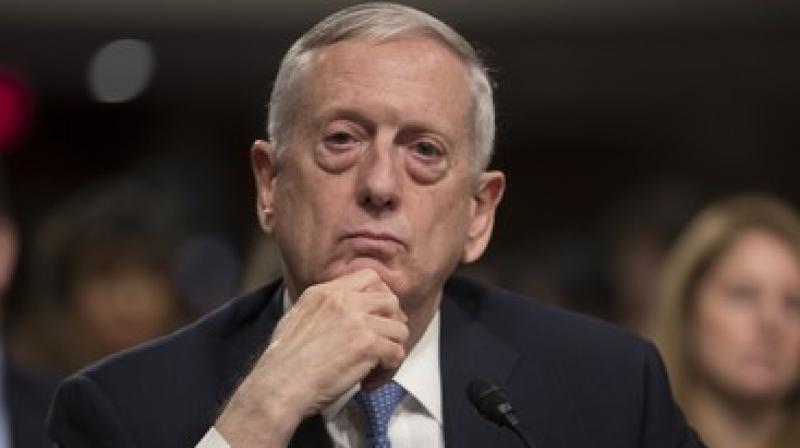 The visit will be Mattis' first to China in his capacity as the US' top defense official. (Photo: AP)

Washington: United States Defence Secretary James Mattis will visit China this week amid growing tensions between the two nations over Beijing's policy in the disputed South China Sea and US arms sales to Taiwan.

The visit will be Mattis' first to China in his capacity as the US' top defense official.

The four-day trip will also take him to South Korea, where he will hold talks with Minster of National Defense Song Young-moo and to Japan, where he plans to meet with Minister of Defense Itsunori Onodera.

Mattis during his visit to China from June 26 to 28 will meet several senior officials to exchange strategic perspectives and discuss areas of mutual concern, the Pentagon said on Sunday.

Mattis recently criticised China's militarisation in the South China Sea in recent months in his speech at the Shangri-La Dialogue in Singapore, highlighting China's deployment of anti-ship missiles, surface-to-air missiles, electronic jammers, and more recently, the landing of bomber aircraft at Woody Island.

Many nations fear that Beijing will use the construction on the islands to extend its military reach and potentially try to restrict navigation in the South China Sea. China says it is within its rights to build up defences on islands in the South China Sea that it believes are its sovereign territory. Taiwan, Vietnam, Malaysia, Indonesia, the Philippines and Brunei all have competing claims to the territory.

China is expected to raise with Mattis its long-held opposition to increasing US contacts with Taiwan. China claims the self-ruled island as its territory.

The visit also comes amid an escalating trade war between the two nations following a series of tit-for-tat tariffs.

Mattis has visited Asia seven times in his 17 months since becoming defence secretary, but not China.

Despite the thorny issues on the table, Mattis also hopes to secure China's support for putting pressure on North Korea to give up its nuclear weapons programme.