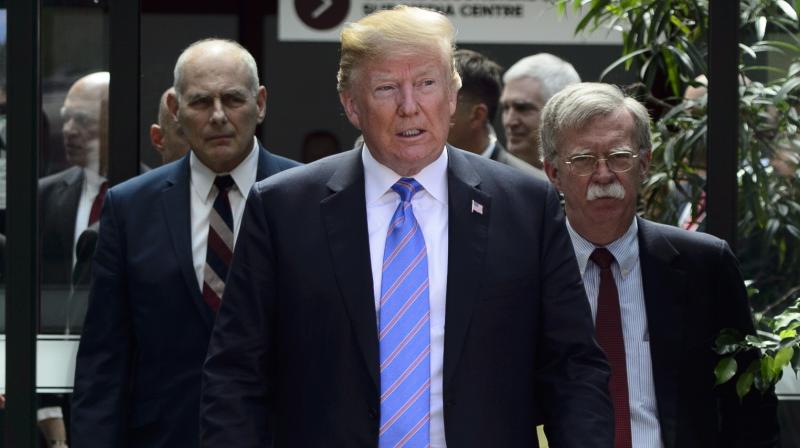 Washington: US President Donald Trump accused social media companies on Friday of silencing "millions of people" in an act of censorship, but without offering evidence to support the claim.

"Social Media Giants are silencing millions of people. Can't do this even if it means we must continue to hear Fake News like CNN, whose ratings have suffered gravely. People have to figure out what is real, and what is not, without censorship!" Trump wrote on Twitter, not mentioning any specific companies.

In an interview with Reuters on Monday, Trump said it was "very dangerous" for social media companies like Twitter Inc and Facebook to silence voices on their services.

Trump's comments also come as the social media industry faces mounting scrutiny from Congress over the policing of foreign propaganda.

On Tuesday, Facebook, Twitter Inc and Alphabet removed hundreds of accounts tied to an alleged Iranian propaganda operation, while Facebook took down a second campaign it said was linked to Russia.

US intelligence agencies have concluded that Russia tried to influence the 2016 presidential election by hacking and other actions, including using social media in an influence campaign.

When asked by Reuters about Trump's allegations of censorship, Twitter pointed to the three hours of sworn testimony that its head of public policy strategy, Nick Pickles, recently gave to a House of Representatives committee. He said claims that Twitter is banning conservative voices are unfounded and false and that it works to define and act upon "bad conduct, not a specific type of speech."