PM Modi said that his government’s recent move on Corporate tax cut was to invite investments. 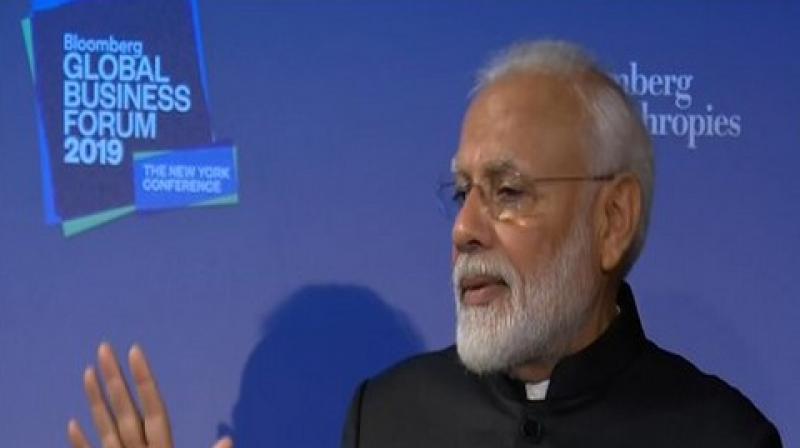 He also told the business leaders that if they want to make in India, both for India and the world, they should "come to India". (Photo: ANI)

New York: Prime Minister Narendra Modi, on Wednesday, told the companies in the United States that if they want to invest in a market with scale, they should come to India. He was addressing at Global Business Forum in New York.

He also told the business leaders that if they want to make in India, both for India and the world, they should "come to India".

"We have opened our defence sector like never before. If you want to Make in India, for India and for the world, come to India," the Prime Minister stated.

Before delivering his address, he had held a one-on-one meeting with the former Mayor of New York City Michael Bloomberg.

The leader is currently in the United States on a week-long visit, during which he is slated to speak at the UN General Assembly on Friday.