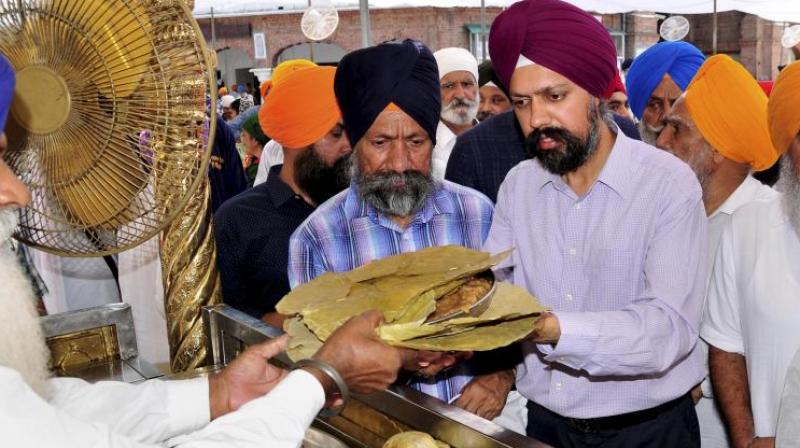 'In 2016, even with no direct connectivity, approximately 1.89 lakh passengers (517 per day) travelled between Amritsar and the UK as transit passengers, via other Indian and foreign airports. The demand is there and we hope the supply will come soon,' Dhesi said. (Photo: PTI)

London: Britain’s first turbaned Sikh MP Tanmanjeet Singh Dhesi, along with two NGOs, has started a campaign for the launch of a direct flight between London and Amritsar, a long-pending demand of the British-Punjabi diaspora.

The Labour party MP for Slough joined hands with the UK-based NGO, Social Education Volunteer Association (SEVA) Trust and the UK chapter of the Amritsar Vikas Manch (AVM), at an event within the House of Commons complex recently to initiate efforts to push for starting of the non-stop flight services with the Indian and Punjab governments.

“In 2016, even with no direct connectivity, approximately 1.89 lakh passengers (517 per day) travelled between Amritsar and the UK as transit passengers, via other Indian and foreign airports. The demand is there and we hope the supply will come soon,” Dhesi said.

His campaign has found the backing of other British and Indian MPs, including fellow Labour Party MP Seema Malhotra and Congress MP for Amritsar, Gurjeet Singh Aujla.

They believe that in addition to better connectivity for millions of passengers, a direct air link between Punjab and Britain holds immense potential to boost trade and tourism and to strengthen India-UK relationship.

The MPs believe that London Heathrow, one of the world’s biggest aviation transit hubs, will open up new onward connections to Europe, Canada and the US.

It will also enable farmers and businessmen from Amritsar and adjoining regions to resume export of dry and perishable goods to the UK, said Sameep Singh Gumtala, overseas secretary of the Amritsar Vikas Manch.

An Air India official, Deepak Chudasama, acknowledged growing demand of the Punjabi community for the direct flights and assured MPs in Britain that their proposal would be raised with the airline’s senior management.

Dhesi’s team has also submitted a memorandum, addressed to Prime Minister Narendra Modi, to the Indian high commission here and the second one, addressed to Punjab chief minister Captain Amarinder Singh, has been handed over to Aujla.