Cohen is asking to delay proceedings for 90 days, arguing that any statement could affect criminal investigation into his business dealings. 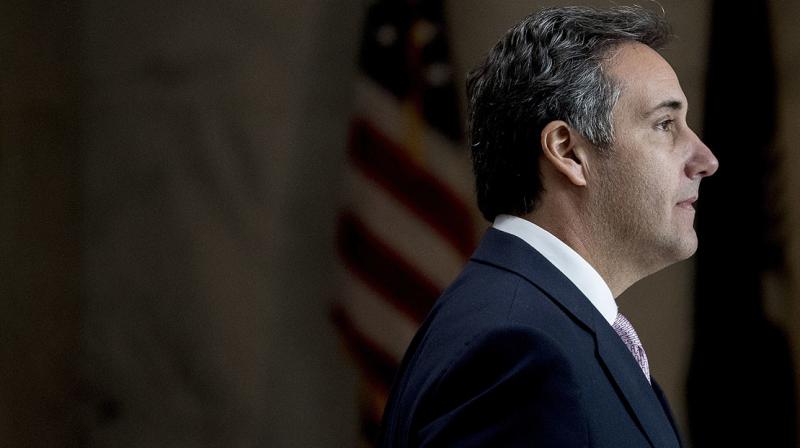 Invoking the fifth will allow Cohen to avoid revealing sensitive information in the wider probe into him. (Photo: AP)

Cohen is asking to delay proceedings in Los Angeles for 90 days, arguing that any statement could affect a criminal investigation into his business dealings in New York.

That investigation saw the FBI raid his offices for information -- including on a nondisclosure agreement Daniels signed days before the 2016 presidential election.

Invoking the fifth will allow Cohen to avoid revealing sensitive information in the wider probe into him.

"Based upon the advice of counsel, I assert my 5th amendments rights in connection with all proceedings in this case due to the ongoing criminal investigation by the FBI and US Attorney for the Southern District of New York," Cohen declared in a court document filed by his lawyer.

Daniels, whose real name is Stephanie Clifford, is looking to invalidate the 2016 agreement banning her from discussing her encounter with the president 10 years ago.

Cohen has admitted to paying Daniels USD 130,000 from his own pocket shortly before the 2016 election as part of the agreement to silence her. Trump has denied knowledge of the payment.

"Never before in our nation's history has the attorney for the sitting President invoked the 5th Amend in connection with issues surrounding the President," Daniels' lawyer, Michael Avenatti, wrote on Twitter.