The 80-year-old doctor did not appear at the hearing, but through his lawyers pleaded no contest. 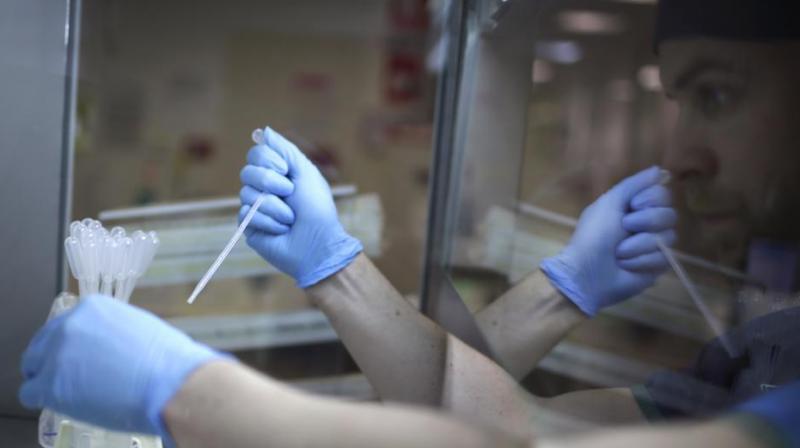 So far, she said she has found 15 half-siblings and expects the number to grow. (AP | Representational Image)

Ottawa: A Canadian fertility doctor’s license was revoked on Tuesday for having used the wrong sperm, including his own, to inseminate patients over decades.

Bernard Norman Barwin’s behaviour was deemed “appalling” and “reprehensible” by a College of Physicians and Surgeons of Ontario disciplinary panel, which also fined him Can USD 10,000.

“You betrayed (your patients’) trust and by your actions deeply affected individuals and their families and caused irreparable damage that will span generations,” the medical regulator said in its decision.

The 80-year-old doctor did not appear at the hearing, but through his lawyers pleaded no contest.

Barwin had already given up his medical license in 2014 after being disciplined in a prior case for artificially inseminating three women with the wrong sperm, which he had blamed at the time on simple errors.

By now revoking his license, other medical regulators will be alerted if he seeks to practice medicine in other jurisdictions.

Barwin is also facing a lawsuit alleging 50-100 births with the wrong sperm, including 11 cases in which he used his own.

His misconduct came to light after one of the children born through insemination became curious about her genetic background and researched her family tree, and another was diagnosed with celiac disease, which is genetic. Neither parent has the disease.

Rebecca Dixon said she learned three years ago at age 25 that Barwin was her biological father, telling the hearing that she felt “repulsed” and “contaminated.”

“In that moment, my life changed forever,” she said in a victim impact statement.

“For a while I felt dissociated with my own face, as if the person looking at back at me in the mirror wasn’t fully me anymore.”

She noted that the discovery also put a strain on her family.

Her father, while struggling with major health issues, “had to learn to accept that the daughter he had raised and loved was not in fact his biological child,” she said.

“My mum,” she added, “had to work through the fact that something had happened to her body without her knowing, or giving her permission.”

In crowds, Dixon said “I find myself looking for people who look like me, who could be half-siblings.”

So far, she said she has found 15 half-siblings and expects the number to grow.