Trump admin has to certify that India is reducing Russian arms imports, expanding defence cooperation with US; India meets both conditions. 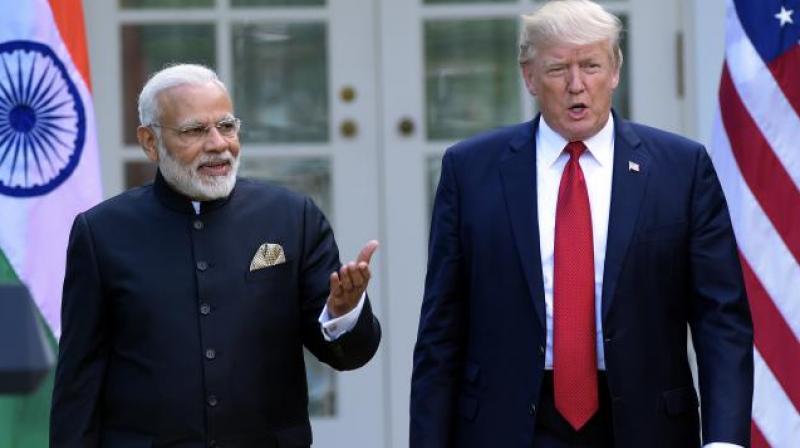 New Delhi: The United States has opened a path for India to avoid sanctions for buying arms from Russia, business leaders and experts said, almost a year after US President Donald Trump signed a law penalizing such trade.

India uses a large amount of Russian military equipment, from combat planes to ships and submarines, and is in the final stages of negotiating a USD 6 billion deal to buy S-400 long-range surface to air missile systems from Russia.

Under the Countering America’s Adversaries Through Sanctions Act (CAATSA) that Trump signed in August, any country trading with Russia’s defence and intelligence sectors faces secondary sanctions.

The law is designed to punish Russian President Vladimir Putin for the 2014 annexation of Crimea from Ukraine, involvement in the Syrian civil war and meddling in the 2016 US presidential election.

But the US Congress reached an agreement this week laying out conditions under which Trump can seek a waiver for allies. The administration has to certify that a country is reducing arms imports from Russia and is expanding defence cooperation with the United States.

India meets both those conditions, analysts and business leaders in New Delhi and Washington said.

India’s government declined immediate comment, and a defence official said the US Congress had still to vote on the modifications to the legislation which would then be signed by Trump into law.

Nisha Biswal, president of the US-India Business Council (USIBC), said the US move would help protect its strategic relationship with India.

“At a time when India is focusing on growing defence ties with the US, we applaud Congress for also focusing on protecting this strategic partnership,” Biswal said.

Jeff Smith, a South Asia expert at The Heritage Foundation, said the changes were a “meaningful and positive step forward”.

“It reduces the possibility an Indian arms purchase from Russia will trigger CAATSA sanctions, a situation both the administration and most of Capitol Hill are keen to avoid,” he said.

India has in recent years diversified its arms purchases, turning to the United States and Israel for modern equipment. It has ordered USD 15 billion of weapons from the US over the past ten years and US companies are bidding for contracts for fighter planes and helicopters worth billions of dollars.