Mark Rutte offered the advice Thursday during a visit to Canada, just one week after the country legalized the drug. 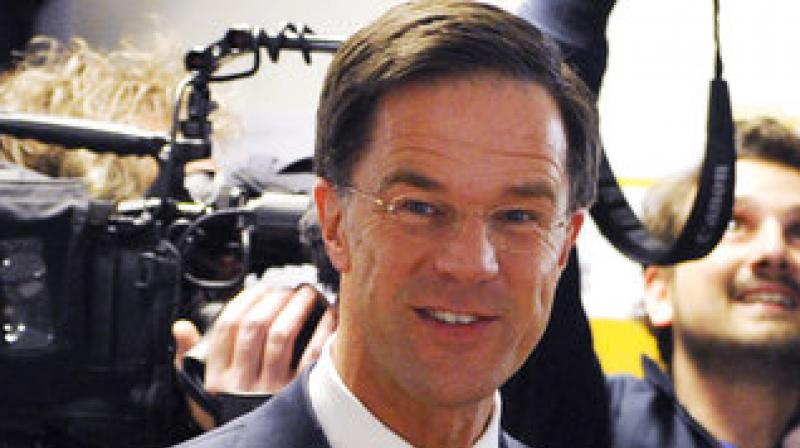 Asked to comment on the recent legalization of cannabis in Canada, he told the story of a relative whose marijuana over-consumption had serious mental health consequences. (Photo: File)

Ottawa: Even though his own country is seen as a bastion of cannabis use in Europe, Dutch Prime Minister Mark Rutte is categorical: don't try it.

He offered the advice Thursday during a visit to Canada, just one week after the country legalized the drug.

In the Netherlands the possession, consumption and sale of fewer than five grams of cannabis in special "coffee shops" has been allowed since 1976, and the European country is a long-time favourite destination of those wishing to use the drug.

But for the country's prime minister, it's better to keep a distance.

Asked to comment on the recent legalization of cannabis in Canada, he told the story of a relative whose marijuana over-consumption had serious mental health consequences.

"The marijuana that you can buy today is so much stronger" than before, he said, "which is bad for the health, especially for the young."

"The best policy on drugs for yourself is no first use. It sounds conservative, but I would urge you: don't try at all," Rutte said in an address to Canadian high schoolers, accompanied by Canadian Prime Minister Justin Trudeau.

"If you do, at least make sure that you don't move from this stuff to other drugs."

In becoming the first G20 country to legalize the growing, selling and use of cannabis, Canada hopes to ensure that "the person that is selling you marijuana at an official place doesn't also have something else in their other pocket they are willing to sell you up on and further," Trudeau said.

He said the measure "removes the contact that people had with criminals."

Rutte indicated that his government is studying potential reforms, saying that compared to Canada "we have a different approach, which is not entirely successful."

"The problem is those 'coffee shops' cannot get the stuff in a legal way" because the law doesn't allow it, he said, adding that the Netherlands was piloting a project to reform that issue.

Canada's new cannabis rules took effect October 17 after a June parliamentary vote: those at least 18 or 19 years old (laws vary by province) may buy up to 30 grams of cannabis, and grow up to four plants at home. The sale of derivatives like edibles will be legalized next year.

The new law makes it the second country in the world to legalize the drug, after Uruguay.

Statistics Canada estimates about 15 per cent of the population will legally purchase the drug this year. And official data forecasts the new rule could boost economic growth by up to Canadian USD 1.1 billion through sales.