Several US media outlets reported that the suspect was taken into custody for questioning in Florida. 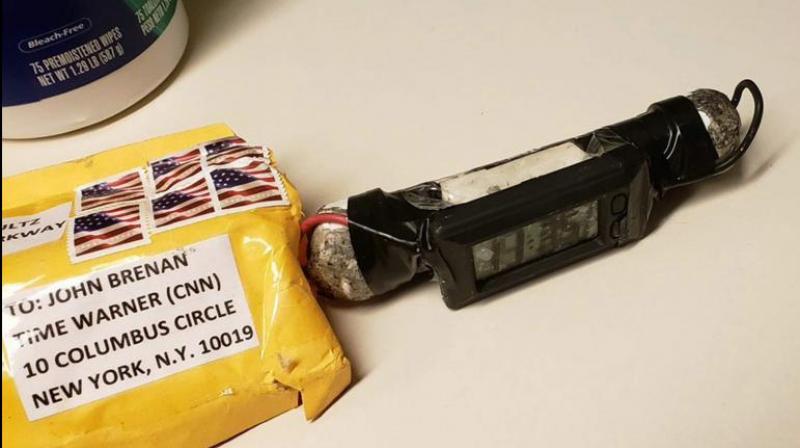 This image obtained on Wednesday, October 24, 2018, and provided by ABC News shows a package addressed to former CIA head John Brennan and an explosive device that was sent to CNN's New York office. (Photo: AP)

New York: Federal agents have arrested a suspect in connection with at least 12 suspicious packages and mail bombs sent to top Democrats and liberal critics of President Donald Trump, an official confirmed Friday.

"We can confirm one person is in custody," a US Department of Justice spokeswoman tweeted, announcing that a news conference would be held at 2:30 pm (1830 GMT).

Also Read: All you need to know about the explosive devices mailed to Obama, Clinton

Several US media reported that the suspect was taken into custody for questioning in Florida.