Robert Durst was arrested in March 2015 in a New Orleans hotel room in connection with Susan Berman's murder. 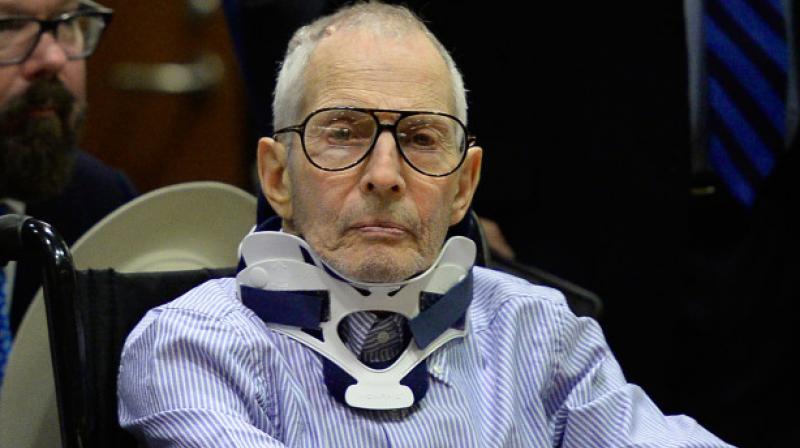 Durst has denied killing his wife or Berman and has pleaded not guilty in the case involving Berman. (Photo: AFP)

Los Angeles: US real estate heir Robert Durst was ordered on Thursday to stand trial for the murder of his close friend Susan Berman, who was shot in the back of the head in 2000 at her home in Los Angeles.

Prosecutors allege Durst murdered Berman on or about December 23, 2000 to prevent her from being questioned by New York police over the disappearance of his wife Kathleen in 1982.

Durst was arrested in March 2015 in a New Orleans hotel room in connection with Berman's murder, hours before the final episode of the six-part HBO documentary "The Jinx: The life and Deaths of Robert Durst."

The series delved into the disappearance of his wife as well as the killing of Berman and the 2001 death of a neighbour in Texas who was found dismembered.

Durst has denied killing his wife or Berman and has pleaded not guilty in the case involving Berman.