US will not allow Iran to develop world's deadliest weapons: Trump 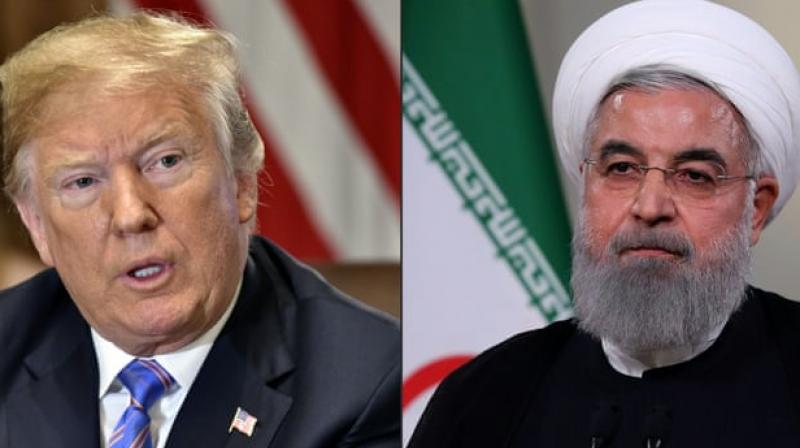 Trump remarks came as he signed new sanctions on Thursday targeting the Iranian-funded Lebanese militant group Hezbollah, which is considered a terrorist organisation by the US. (Photo: AFP)

Washington: US President Donald Trump has said all sanctions against Iran lifted by the 2015 nuclear deal will be back in "full force" from November 5 and promised more in the future to prevent Tehran from developing the world's deadliest weapons.

In May, the Trump administration withdrew the US from the Iranian nuclear deal and reimposed a series of tough sanctions on Iran, citing the Islamic nation's 'malign activities'.

While the first phase of sanctions is already in place, the sanctions would come into full force on November 4 and the US expects all countries, including India, to bring down their import of Iranian oil to zero by then or face secondary sanctions.

To avoid this, India either needs a waiver from the US or has to bring down the purchase of Iranian oil to zero.

"On November 5th, all US sanctions against Iran lifted by the nuclear deal will be back in full force, every sanction that we had on their originally, which would have -- if they would have just left it a little bit longer, would have been so much easier than what we've been through over the last number of years," Trump said at a White House event.

His remarks came as he signed new sanctions on Thursday targeting the Iranian-funded Lebanese militant group Hezbollah, which is considered a terrorist organisation by the US.

Trump said these sanctions will be followed up with even more sanctions to address the full range of Iran's "malign conduct". "We will not allow the world's leading sponsor of terror to develop the world's deadliest weapons. Will not happen," he said. The US government has made it clear that any country that continues to do business with Iran after November 4 will be blocked from accessing the American banking and financial system.

Though India has already reduced its import, it has indicated that it is unlikely to go down to zero given its massive energy needs. India and the US are currently in talks on this issue.