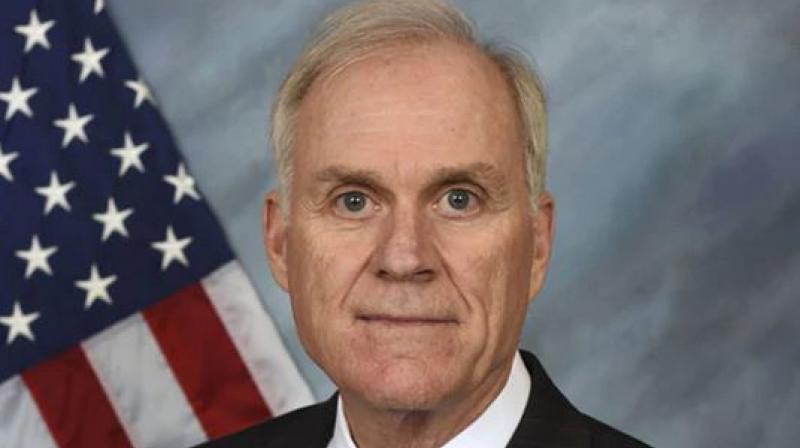 Spencer was fired on Sunday amid a dispute over whether Edward Gallagher, a Navy SEAL accused of war crimes in a high-profile case but convicted of a lesser offense, should be demoted and expelled from the elite commando force. (Photo: File)

Washington: The US defence secretary Monday defended the decision to sack his navy secretary, saying he went behind his back to make a deal with the White House over a convicted Navy SEAL’s future.

Esper and Milley were holding their own discussions with US President Donald Trump last week about the SEAL’s case, which caused a rare public split between the Pentagon leadership and the US commander in chief over military justice.

“We were completely caught off guard by this information, and realised that it undermined everything we have been discussing with the president,” Esper said of Spencer’s secret talks.

“Secretary Spencer broke these rules and thus lost my trust and confidence.” Spencer was fired on Sunday amid a dispute over whether Edward Gallagher, a Navy SEAL accused of war crimes in a high-profile case but convicted of a lesser offense, should be demoted and expelled from the elite commando force.

Gallagher, a SEAL sniper and medic, was originally accused of premeditated murder after allegedly stabbing to death a captured, wounded Islamic State fighter in Iraq in May 2017.

After Gallagher went on trial at the beginning of 2019, his case became a cause celebre in conservative media, championed especially by Fox News, and Trump voiced support for him.

In March the US president intervened to have him taken out of a Navy jail and placed in a Navy hospital, where he had more freedom.

In July, he was acquitted of murder by a military jury, but convicted of having posed for a picture next to the body of a dead Islamic State fighter.

He was demoted and the navy moved to remove his official Trident pin, an insignia that signified he remained a member in good standing of the elite group.

Trump intervened again, to order the trident pin and rank restored, saying he would not be expelled from the force.

“Eddie will retire peacefully with all of the honours that he has earned,” Trump tweeted.

Esper confirmed that Spencer had threatened to resign over the case, which military experts said risked undermining confidence in the Pentagon’s system of justice.

But Esper said that while he and Milley sought a resolution with Trump, Spencer, a subordinate to both, had tried to cut his own deal with the White House.

Spencer “was completely forthright in admitting what had been going on,” Esper told reporters Monday.

In a letter to Trump on Sunday, Spencer explained his resistance to the president’s interference in the case.

He wrote that he could not “in good conscience obey an order that I believe violates the sacred oath I took... to support and defend the Constitution.” He added that his responsibility was “to maintain good order and discipline” throughout the navy’s ranks. “I regard this as deadly seriously business,” he said.

Esper said Monday that the case had dragged on too long and had become “distracting.” “Eddie Gallagher will retain his Trident as the commander in chief directed, and will retire at the end of this month,” he said.