Donald Trump also tweeted that the US has a USD 60 billion trade deficit with Mexico. 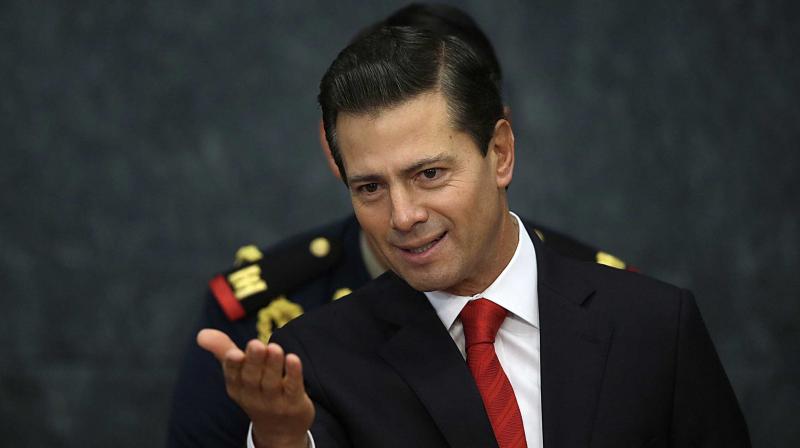 Washington: Mexican President Enrique Pena Nieto today cancelled his planned trip to the US after President Donald Trump tweeted that he should cancel his visit if Mexico is "unwilling to pay" for the massive border wall being build to stop illegal migrants from entering America.

"We informed the White House this morning that I will not attend the working meeting scheduled for next Tuesday" with Trump in Washington, Pena Nieto said on Twitter.

His decision came hours after Trump tweeted that "If Mexico is unwilling to pay for the badly needed wall, then it would be better to cancel the upcoming meeting."

Trump's Mexican counterpart condemned the US decision to build a border wall and repeated that Mexico would not pay for the wall despite Trump's assertions that it would. Pena Nieto was scheduled to be in Washington on January 31.

"Mexico does not believe in walls. I've said time again; Mexico will not pay for any wall," Pena Nieto had said in a video statement posted to Twitter.

"I regret and reject the decision of the US to build the wall," he had said.

Pena Nieto had said he would wait for a final report from his top officials who arrived here yesterday to meet with the Trump administration, and previous meetings with Mexican legislators, before deciding which steps he would take next. Trump also tweeted that the US has a USD 60 billion trade deficit with Mexico.

"It has been a one-sided deal from the beginning of NAFTA (The North American Free Trade Agreement) with massive numbers of jobs and companies lost," Trump, who has been in office for just six days, said.

Earlier, Trump had signed two executive orders directing the construction of a wall on the US-Mexico border, boosting border patrol forces and increasing the number of immigration enforcement officers who carry out deportations.

In a speech on Monday, Pena Nieto had said his government is prepared to negotiate with the US if Mexico's national sovereignty is respected. He laid out economic integration and respect for the rights of migrants and the money they send home as his nation's key negotiating points.

Trump has suggested some of the USD 25 billion in annual remittances that migrants return home would be retained to pay for the border wall.

"Neither confrontation nor submission. Dialogue is the solution," Pena Nieto had said Monday.

Trump said that he wants to build an "impenetrable, physical, tall, powerful, beautiful, southern border wall" between the US and Mexico.

The US-Mexico border is about 3,100-km long and traverses all sorts of terrain from empty, dusty desert to the lush and rugged surroundings of the Rio Grande.

Some 1,046-km of the border is covered already by a confused and non-continuous series of fences, concrete slabs and other structures. Trump says his wall will cover 1,600 km and natural obstacles will take care of the rest.