Instant Karma: US man's car stolen while he was busy robbing store across the street, see video

The incident that took place around 6 am on Sunday was revealed by the Kennewick Police Department said in a Facebook post. 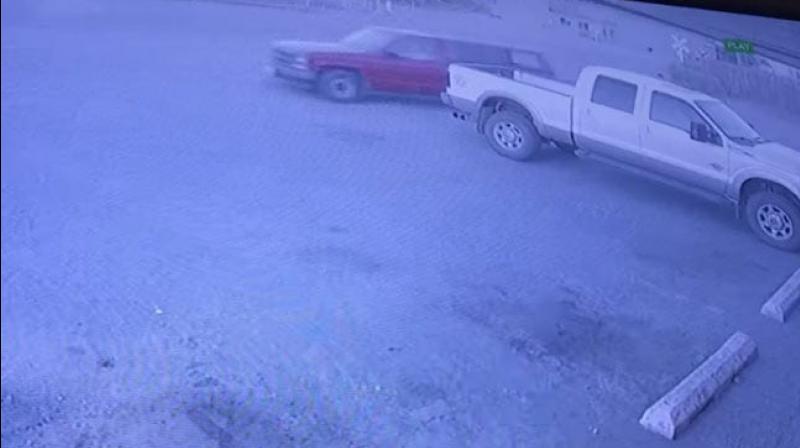 A man from Washington faced instant Karma when someone his truck while he was robbing a store across the street, said police. (Photo: Facebbok/ videoscreengrab)

Kennewick: A man from Washington faced instant Karma when someone his truck while he was robbing a store across the street, said police.

The incident that took place around 6 am on Sunday was revealed by the Kennewick Police Department said in a Facebook post.

Kennewick Police Department said that a man, identified as William Kelley, reported that someone stole his red 1992 Chevy pickup with maroon canopy. Kelley added that he had left his keys on the seat. After a male riding by discovered the keys inside the vehicle, he threw his bike in the truck and fled.

While scanning through the CCTV footage during the investigation, the police discovered that Kelley was at the location because he was stealing items from a business across the street.

The post has garnered a ton of hilarious comments. Here are some of the reactions:

A user wrote, "Is there no honor amongst thieves?? Sigh, the world we live in."

While another joked, "Pretty sure the guy that stole the truck name is karma...bwahahah."

A third user said, "I'm so sorry, but this has me laugh a lot when reading. The truck was stolen by another thief. OMG!"

Yet another noted, "That's the fastest I've ever seen Karma work."

The footage shows the auto thief putting his bike in the back of the truck and driving away as Kelley runs after him. His truck has not been found yet, reported Tri-City Herald.

According to CBS News, Kelley was booked in the Benton County jail on a warrant and a burglary charge.