The episode happened on Tuesday at a luncheon on the sidelines of the United Nations General Assembly meeting. 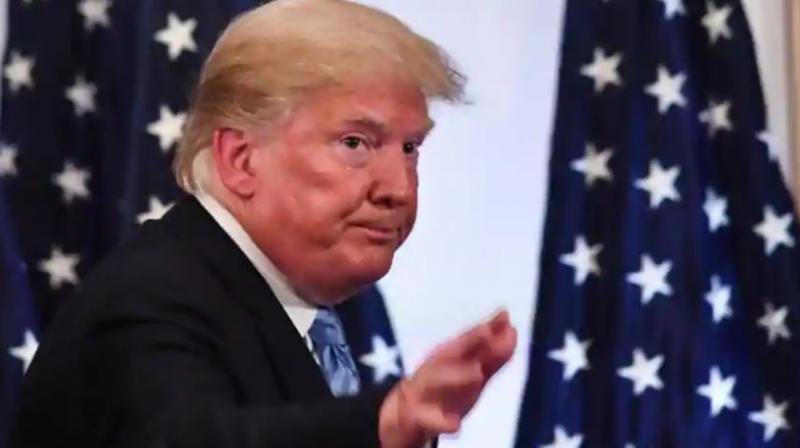 The pool of reporters who follow Trump and report about his meetings with the world leaders did not mention the US president's meeting with Qureshi either. (Photo: AFP)

Washington: US President Donald Trump had a handshake with Pakistan Foreign Minister Shah Mehmood Qureshi during a luncheon in New York, the White House said, but Qureshi described it as an "informal meeting" when they discussed bilateral ties.

The episode happened on Tuesday at a luncheon on the sidelines of the United Nations General Assembly meeting.

Qureshi in an interview to the official Pakistani media described it as an "informal meeting" with Trump during which, he claimed, they discussed matters relating to bilateral relations.

"I met with President Trump at the reception where I had the opportunity to discuss Pak-US relations with him. I requested him to rebuild the cordial relations that we have enjoyed in the past," Qureshi told Pakistan Television. Several Pakistani media outlets, including Dawn and Pakistan Tribune, reported the "informal meeting" citing the PTV report. According to official news agency Associated Press of Pakistan, Qureshi received a "positive response" from Trump, who said they intend to "rebuild" the bilateral relations.

However, the White House said only a handshake happened between the two at the luncheon.

"It was a handshake at a luncheon with other world leaders," a National Security Council spokesperson told PTI.

Informed sources in New York tracking Trump's engagement confirmed to PTI that Trump had no meeting with Qureshi and that it was never planned. The pool of reporters who follow Trump and report about his meetings with the world leaders did not mention the US president's meeting with Qureshi either.

The White House pool, which covered the luncheon, also did not mention Trump having a long chat with Qureshi, which would have had come to the attention of the reporters.

"He (Trump) is shaking hands and mingling," it said. The luncheon was hosted by the UN secretary general in honour of the heads of state and government. The lunch kicked off at 1:27 pm (local time), with the secretary general offering the introductory remarks, according to a White House pool report of the luncheon. Trump sat with his arms crossed and occasionally nodded. Secretary General offered a toast and Trump took a sip of what appeared to be a glass of red wine after the toast. Trump began his remarks at 1:31 pm," the report stated.

"I've long said the United Nations has great potential...," Trump said according to the report. "His toast ended at 1:33pm. Cyril Ramaphosa of South Africa is seated at Trump's table as is Croatia president, others unknown," the pool report stated.