The BJP returned to power in the politically-crucial state of Uttar Pradesh after a gap of 15 years. 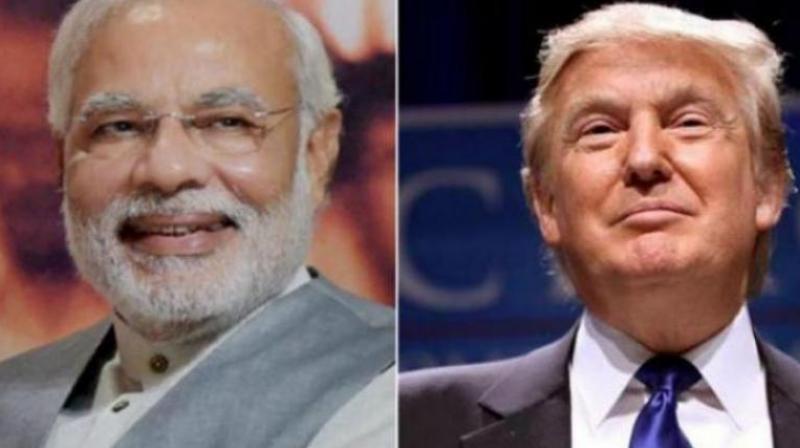 Washington: US President Donald Trump has called Prime Minister Narendra Modi to congratulate him on his party's recent electoral success in state elections, the third telephonic conversation between the two leaders since the new administration took over in Washington.

"The president spoke with German Chancellor Merkel and Indian Prime Minister Modi earlier on Tuesday to congratulate them on their parties' success in recent elections," Spicer said.

The two leaders are expected to meet on the sidelines of the G-20 Summit in Germany in July. Following the elections, Modi's Bharatiya Janata Party formed the government in four states: Uttar Pradesh, Uttarakhand, Goa and Manipur.

It, however, lost Punjab to main rival Congress. Merkel's Christian Democrat party easily won an election in the Saarland state on Sunday, dealing an early blow to centre-left hopes of ending her more than decade-long reign.

Previously, Modi and Trump talked by phone on January 24, when they had resolved to stand "shoulder-to-shoulder" in the global fight against terrorism and for defence and security.

According to a White House statement then, Trump had "emphasised that the US considers India a true friend and partner in addressing challenges around the world."

The two leaders had also exchanged invitations for visits. Prime Minister Modi was the fifth foreign leader Trump had spoken to on phone after he was sworn-in as the US President on January 20.

After Trump's surprise victory in the November 8 elections, Modi was among the first world leaders to congratulate him.