US oil sanctions take effect on Venezuela as crisis intensifies

It is among a volley of steps by President Donald Trump to oust Maduro and install opposition leader Juan Guaido. 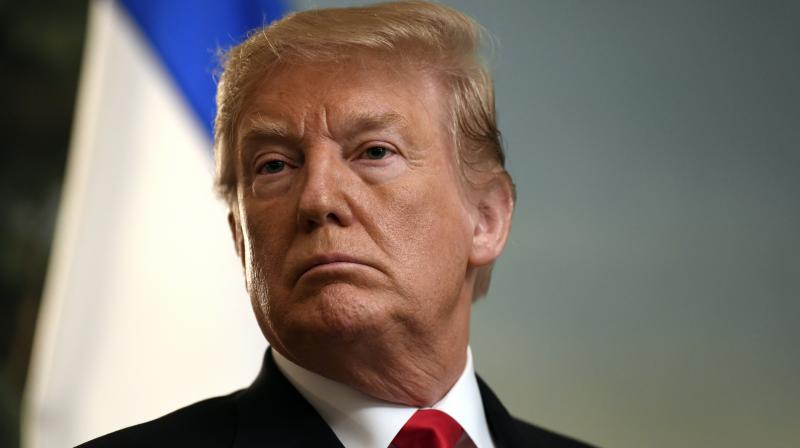 But the sanctions will still have an effect, with Washington vowing to enforce them against any foreign company with interactions in the United States -- including the US financial system, which dominates the globe. (Photo: File)

Washington: US sanctions came into effect on Sunday to block Venezuela's economic lifeline of oil exports, in what Washington hopes will be a major blow in its fledgling campaign to topple leftist President Nicolas Maduro.

As of 12:01 am Washington time (0401 GMT), the United States will take action against anyone who deals with state-owned Petroleos de Venezuela, or PDVSA, or any entity in which the company holds at least a 50 percent stake. It is among a volley of steps by President Donald Trump's administration to oust Maduro and install opposition leader Juan Guaido, who is recognized by more than 50 countries, including most in Latin America.

On Friday, the Trump administration said it would block any US assets of Foreign Minister Jorge Arreaza, confirming it has no desire to negotiate with Maduro, a socialist firebrand who presides over a crumbling economy but has withstood three months of intense pressure. Until the crisis, Venezuela exported 50,000 barrels a day to the United States, its largest customer, with PDVSA omnipresent, if not highly visible, through ownership of the Citgo refining and gas station chain.

The United States has already moved to put Citgo under the control of Guaido, who appointed his own board. Even though sanctions legally came into force  on Sunday, "the reality is that the oil trade between the United States and Venezuela has been absolutely limited and fallen sharply," said Mariano de Alba, a Washington-based international law expert from Venezuela.

But the sanctions will still have an effect, with Washington vowing to enforce them against any foreign company with interactions in the United States -- including the US financial system, which dominates the globe. As of Sunday, "there is no doubt that the sanctions are in force and that any company assumes bigger risks than they did before this date," de Alba.

India was the third-biggest buyer of Venezuelan oil in 2017 after the United States and China and until recently had been a major source of cash. But Indian companies have backed off in the face of US sanctions, making China and Russia the crucial economic and political backers of Maduro -- whose re-election last year was widely criticized for irregularities.

The sanctions take effect just as global oil markets are trending higher after the United States similarly demanded that all countries, notably India and China, stop buying oil from Iran. Oil is the blood of Venezuela's crippled economy, accounting for 96 percent of exports. The country nonetheless is facing a major economic crisis, with projections that inflation could soar to a mind-boggling 10 million percent this year.

Some 2.7 million Venezuelans have fled since 2015 faced with shortage of basic goods and medicine, according to UN figures. One immediate problem for Venezuela is not its exports but its imports. It used to rely on 120,000 barrels of light crude each day from the United States to blend with its heavier oil.

It will need to turn to other suppliers to sell its own crude, increasing production costs. US-based consultancy Rapidan Energy Group says PDVSA's production could temporarily fall by 200,000 barrels a day. It would be a stunning further reduction for PDVSA which pumped 3.2 million a day in 2008, a figure that had nosedived to just 840,000 in March.

The United States has wasted no opportunity to blame Maduro and his late predecessor Hugo Chavez for Venezuela's economic woes -- with Trump also trying to link their socialism to his Democratic foes at home. Elliott Abrams, the US envoy leading the effort to oust Maduro, promised that "tens of billions of dollars" will flow into Venezuela to rebuild its economy.

"That recovery can only start when there is a fully inclusive government that represents all Venezuelans," Abrams said Thursday. But a study by two prominent left-leaning US economists, Mark Weisbrot and Jeffrey Sachs, warned that the growing sanctions will "vastly" harm ordinary Venezuelans. The study, released by the Center for Economic and Policy Research, found that Venezuela recorded more than 40,000 additional deaths between 2017 and 2018 as they blamed sanctions for shortages of food and medicine.