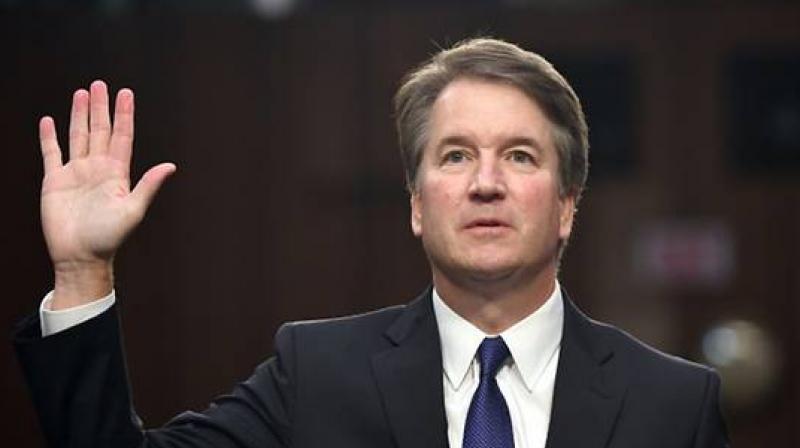 Republicans have blocked Democratic efforts to subpoena a high school friend of Supreme Court nominee Brett Kavanaugh who's been described as witness to alleged assault involving Kavanaugh about 30 years ago. (Photo: File | AFP)

Washington: Several Democrats on the Senate Judiciary Committee have walked out of a hearing on Brett Kavanaugh's nomination to the Supreme Court.

Kamala Harris of California, Mazie Hirono of Hawaii, Richard Blumenthal of Connecticut, Sheldon Whitehouse of Rhode Island left after the GOP chairman set a vote on the nomination for 1:30 pm on Friday. That was approved by a committee vote.

Republicans have blocked Democratic efforts to subpoena a high school friend of Supreme Court nominee Brett Kavanaugh who's been described as a witness to an alleged assault involving Kavanaugh about three decades ago.

The Senate Judiciary Committee's vote to subpoena Mark Judge has been defeated in a party-line vote, with all 11 Republicans on the panel voting against the motion and all 10 Democrats voting for it.

Democrats say Judge has never been interviewed by the FBI or questioned by a member of the committee, and that committee has a responsibility to subpoena Judge before it votes on whether to recommend Kavanaugh to the full Senate.

The committee chairman, Iowa Republican Chuck Grassley, has read a statement from Judge that says he doesn't recall the events described by Kavanaugh's accuser and "never saw Brett act" in the way that he's accused of.