ISIS has a worldwide network that will continue to seek to attack us, our allies and our interests. 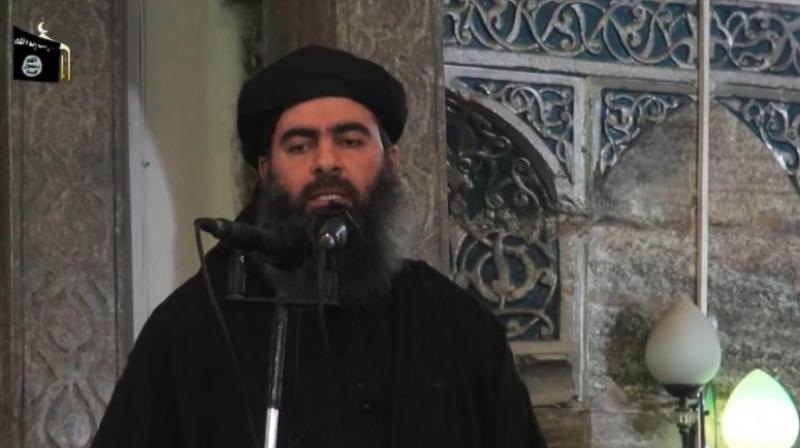 The death of ISIS leader and world's most wanted terrorist Abu Bakr al-Baghdadi in an American air raid in northwest Syria is a major victory in the enduring mission to defeat the dreaded terror group, US Secretary of Defense Mark Esper has said. (Photo: File)

Washington: The death of ISIS leader and world's most wanted terrorist Abu Bakr al-Baghdadi in an American air raid in northwest Syria is a major victory in the enduring mission to defeat the dreaded terror group, US Secretary of Defense Mark Esper has said.

"This is a great day for America and a great day for the world. Last night, US joint special operations forces and interagency partners flawlessly executed a Commander-in-Chief-directed operation to capture or kill Abu Bakr al-Baghdadi," he said on Sunday.

"As a result, Baghdadi, who led the Islamic State of Iraq and Syria terrorist movement and inspired one of the most brutal and misguided terror campaigns in modern history, is dead at the hands of the United States military," Esper said.

The ISIS leader was taken down by the US Special Forces during an air raid in his hideout in northwest Syria on Saturday night. Esper was part of a small group of people who were aware of the top-secret operation and watched the raid live form the Situation Room of the White House.

In a statement, the defense secretary said, "With our partners we defeated the physical caliphate of ISIS earlier this year and now its founder and leader is dead. This is a major victory in the enduring defeat ISIS mission."

United States National Security Advisor Robert O'Brien, in an interview to a news channel, said the thug who tried so hard to intimidate others spent his last moments in utter fear, in total panic and dread, terrified of the American forces bearing down on him. "The United States has a long reach and the men and women of our armed services executed this mission flawlessly, took him down, and his colleagues that are still alive should be worried," he said.

Acting Director of National Intelligence Joseph Maguire thanked the intelligence community and special operations forces for "bringing one of the world's most-wanted terrorists to justice". "Their (US forces) steadfast dedication to ensure the safety and security of Americans at home and abroad is unwavering," he said.

Senator Dianne Feinstein termed Baghdadi's death "a significant milestone" on the path toward defeating the ISIS in Syria and Iraq. She, however, warned, "Baghdadi's death doesn't mean the fight against ISIS is over, nor should it signal a retreat from Syria.

ISIS has a worldwide network that will continue to seek to attack us, our allies and our interests. We should continue to pressure ISIS by reestablishing our alliance with Kurdish forces in Syria." Senator Chuck Schumer said the death of Baghdadi is a great victory for the safety of US and of its allies and partners abroad.

"All Americans especially salute the special operations forces who executed this mission, the intelligence community whose work helped make this mission possible, and our foreign allies and partners, particularly the Syrian Kurds," he said.

"Despite this great victory, we must not confuse the death of this evil man with the total defeat of ISIS. There are still potentially hundreds of ISIS prisoners and sympathisers who have escaped in recent weeks. We still need a plan for how we will deal with the escaped prisoners and ensure the enduring defeat of ISIS," Schumer said.

House Armed Services Committee Chairman Adam Smith said the success of the Baghdadi raid is a testament to the valour and skill of US military personnel and intelligence professionals. "While the death of al-Baghdadi is consequential, we must not mistake the demise of one ISIS leader for complete and finite victory. As has been reported, many ISIS fighters remain in tenuous circumstances in the prisons of northeastern Syria. ISIS fighters in those prisons and around the world will not rest because of his death," he warned.

Congratulating the US and allied forces personnel who played a part in the mission's success, House Majority leader Steny H Hoyer said the death of Baghdadi is a significant event in the fight against ISIS and its brand of violent extremism and hoped that this brings a measure of comfort to the families of the terror group's victims.

"It is important to remember that the death of one man does not mean the end of ISIS' threat to America and the world. It is deeply concerning that President Trump handed ISIS a huge victory just days ago when he abandoned our allies who led the fight against ISIS on the ground. As a result, potentially hundreds of ISIS prisoners, including those who might become the next Baghdadi, were able to escape and may now be regrouping to plan the organisation's next attacks," Hoyer said.