Trump to have trilateral meeting with PM Modi, Shinzo Abe in G-20 summit

The annual meeting is being attended by leaders of the top 20 economies of the world. 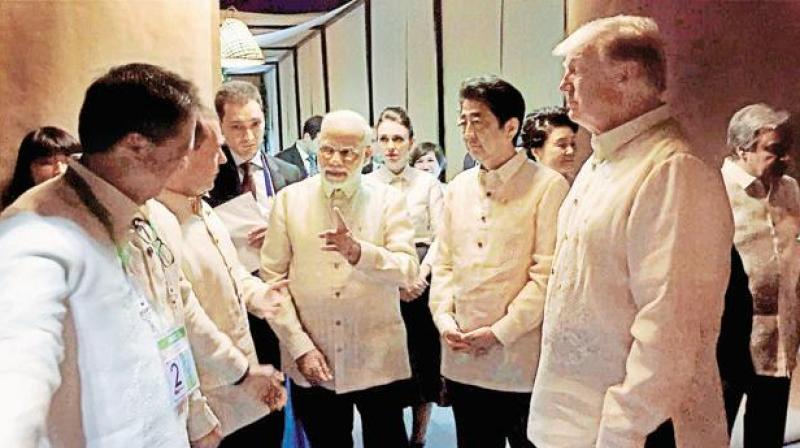 Washington: US President Donald Trump will have a trilateral meeting with Prime Minister Narendra Modi and Japanese Prime Minister Shinzo Abe on the sidelines of the G-20 summit in Buenos Aires on November 30 and December 1, the White House said Tuesday.

The trilateral, which would be an expansion of the bilateral between Trump and Abe, is part of the series of meetings Trump would have later this week on the sidelines of the G-20 Summit in Argentina.

The annual meeting is being attended by leaders of the top 20 economies of the world. However, all eyes are expected to be on two meetings that Trump would have with the Chinese President Xi Jinping and his Russian counterpart Vladimir Putin.

Briefing reporters ahead of the G-20 Summit, US National Security Advisor John Bolton said that Trump will also have meetings with President Mauricio Macri of Argentina, President Moon Jae-In of South Korea, and President Recep Tayyip Erdogan of Turkey.