IATA questions laptop ban on some flights to US, UK

IATA said the "only way" to stop terrorists was to share intelligence between governments and the aviation industry. 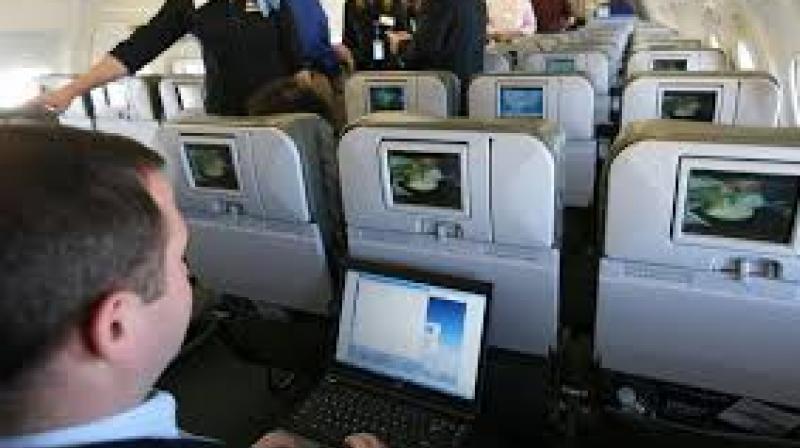 Montreal: The ban imposed by the US and the UK on carriage of laptops and other electronic items on board flights from some countries is "not an acceptable long-term solution" and its effectiveness in the short term is also questionable, global airlines body IATA said on Wednesday.

It said the "only way" to stop terrorists was to share intelligence between governments and the aviation industry.

In a statement, the International Air Transport Association (IATA) asked the governments to "urgently find alternatives" to the steps recently announced by the United States and the United Kingdom to restrict carry-on electronic items on flights from the Middle East and North Africa.

"The current measures are not an acceptable long-term solution to whatever threat they are trying to mitigate. Even in the short term it is difficult to understand their effectiveness. And the commercial distortions they create are severe," Alexandre de Juniac, IATA Director General and CEO, said.

"We call on governments to work with the industry to find a way to keep flying secure without separating passengers from their personal electronics," he was quoted as saying in the statement.

Maintaining that the global aviation industry "safely and securely" operate an average 1,00,000 flights a day, De Juniac said: "With the measures now in place, our passengers and member airlines are asking valid questions."

"Why don't the US and the UK have a common list of airports? How can laptops be secure in the cabin on some flights and not others, including flights departing from the same airport? And surely there must be a way to screen electronic equipment effectively," he said.

"The current situation is not acceptable and will not maintain the all-important confidence of the industry or of travelers. We must find a better way. And governments must act quickly," the IATA chief said.

Maintaining that the airlines "share the priority" to keep passengers, crew and aircraft secure, he said that to do this effectively, "intelligence is king. And it needs to be shared amongst governments and with the industry. It's the only way to stop terrorists before they get near an airport, let alone aircraft".

Observing that there was "no prior consultation and little coordination by governments" while announcing these measures, he said the industry was quick to implement them.