Trump had said earlier that the details of an order were being drawn up for signing. 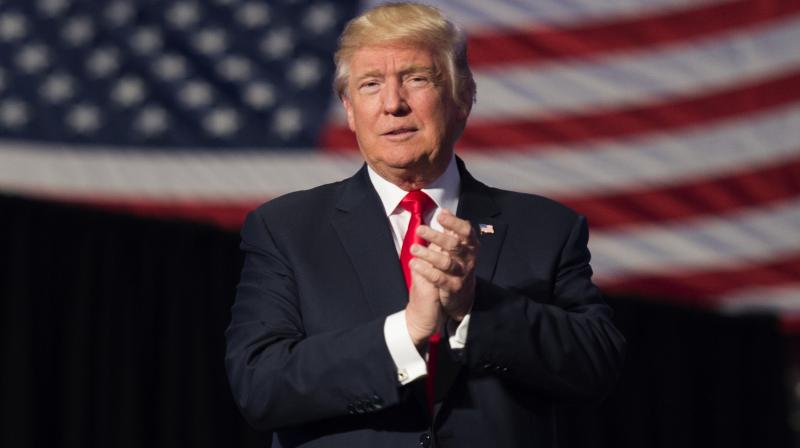 WASHINGTON: President Donald Trump will sign an executive order compelling meat packing plants to stay open, despite a string of coronavirus deaths, in a bid to secure US food supplies, the White House said Tuesday.

"President Trump is signing an Executive Order providing the authority to ensure the continued supply of beef, pork, and poultry to the American people," the White House said in a statement.

"Under the order, the Department of Agriculture is directed to ensure America's meat and poultry processors continue operations uninterrupted to the maximum extent possible."

The statement added that the processing plants will be fully compliant with the CDC guidelines on health and safety during the pandemic.

Trump had said earlier in the White House that the details of an order were being drawn up for signing but gave no specifics.

The facilities, where animals are slaughtered and processed into food sold in shops, have long struggled with safety and sanitary issues.

Facing alarming rates of the novel coronavirus among workers in the often tightly packed work spaces, some suppliers have closed down.

As warnings mount that stores will run out, Trump will invoke the Defense Production Act to compel the meatpacking businesses to keep working.

"At least 20 meatpacking workers have tragically died from coronavirus while more than 5,000 workers have been hospitalized or are showing symptoms," UFCW president Marc Perrone said in a statement.

"While we share the concern over the food supply, today's executive order to force meatpacking plants to stay open must put the safety of our country's meatpacking workers first," he added.

"Simply put, we cannot have a secure food supply without the safety of these workers."

A big pork plant in South Dakota run by Smithfield Foods and two JBS cattle slaughterhouses are among the others to have shut their doors.