The first shipment includes 960,000 rapid tests, which can detect Covid in 15 minutes, and 100,000 N95 masks for frontline health workers 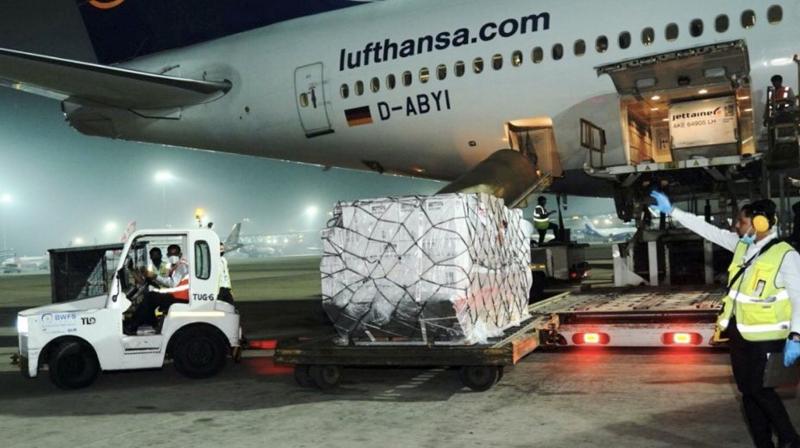 Washington: The United States said Wednesday it was sending more than $100 million in supplies to Covid-ravaged India, including nearly one million instant tests on a first flight.

The White House said the first flight would arrive Thursday in New Delhi on a military plane, days after President Joe Biden promised to step up assistance to the emerging US ally.

The first shipment includes 960,000 rapid tests, which can detect Covid in 15 minutes, and 100,000 N95 masks for frontline health workers, the US Agency for International Development said.

The White House said total aid on flights in the coming days would be worth more than $100 million and include 1,000 refillable oxygen cylinders and 1,700 concentrators that produce oxygen for patients from the air.

The White House said it was also sending supplies to India to produce more than 20 million vaccine doses.

The supplies are being diverted from US orders to produce the AstraZeneca vaccine, which has not been approved for use in the United States.

The White House had promised Sunday to free up material to let India produce Covishield, its low-cost version of AstraZeneca, after criticism that the United States was hogging supply even as it succeeds with mass vaccination.

Biden said Monday that the United States would also ship overseas up to 60 million AstraZeneca vaccine doses that have already been manufactured, but it remained unclear how many would go to India.

Nations have rushed supplies to India as it contends with one of the world's most catastrophic surges of Covid-19 since the pandemic began, overwhelming hospitals and pushing crematoriums past capacity.

The devastation comes even though India is a leading producer of vaccines.