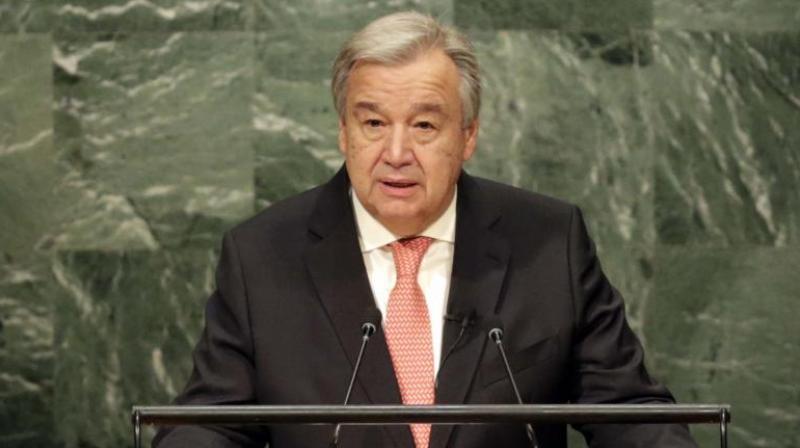 United Nations: UN chief Antonio Guterres met several leaders from the South Asian region, including Pakistan and Bangladesh, on the margins of the 73rd session of the UN General Assembly and discussed issues ranging from regional issues, peacekeeping and climate change.

The Secretary-General met Pakistan's Foreign Minister Shah Mehmood Qureshi Friday and the two discussed "regional issues", according to a statement from the UN Chief's spokesperson.

Guterres also met Nepal's Prime Minister K P Sharma Oli and thanked him for Nepal's contributions to the United Nation's peace operations. They also discussed UN-Nepal cooperation and the implementation of the 2030 Agenda for Sustainable Development.

In his meeting with State Councillor and China's Minister for Foreign Affairs Wang Yi, the Secretary-General expressed appreciation for China's support and commitment to UN activities, in particular the implementation of 2030 Agenda and its important contribution to UN peacekeeping. They also discussed the situation on the Korean Peninsula and other issues on the Security Council agenda.

Guterres commended Bangladesh government's generous response in welcoming the Rohingya refugees from Myanmar in his meeting with the Prime Minister Sheikh Hasina.

The two also discussed developments in the region, climate change, and implementation of the Sustainable Development Goals. The Secretary-General met Sri Lankan President Maithripala Sirisena and appreciated the close cooperation between Sri Lanka and the United Nations.

He thanked Sri Lanka for its contribution to the UN peacekeeping. They discussed Sri Lanka's efforts in the peace and reconciliation process.

The Secretary-General offered continued support in this regard. They also discussed the implementation of the 2030 Agenda for Sustainable Development, according to a statement.