World   Americas  29 Nov 2016  Ex-CIA chief David Petraeus could be next US Secretary of State
World, Americas

Petraeus' past mishandling of classified documents is unlikely to be an obstacle to him being offered a top government post. 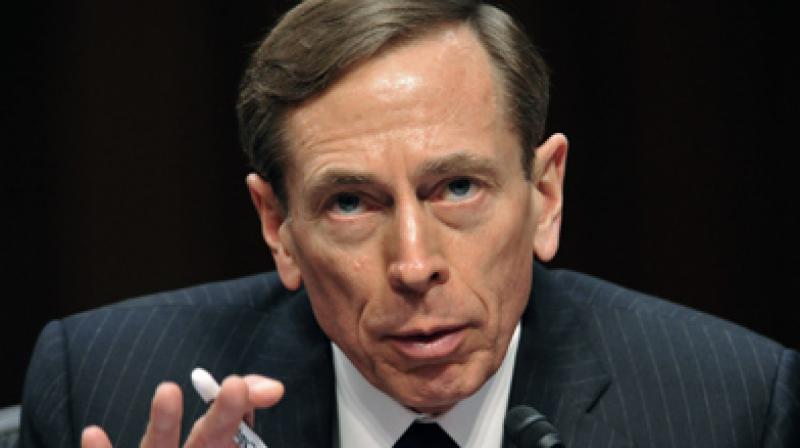 New York:  President-elect Donald Trump on Monday stepped up his search for a new US Secretary of State on Monday, with the focus on former CIA head David Petraeus who is a candidate despite admitting he shared classified information with his mistress.

The Republican was to meet Petraeus, a retired General, at Trump Tower in Manhattan in a new round of interviews.

Once the top US military commander in Iraq and Afghanistan, Petraeus was sentenced to two years' probation and fined $100,000 last year for the unauthorised removal and retention of classified information.

He admitted sharing classified information with his biographer, with whom he was having an affair. The scandal forced Petraeus to resign from the CIA in 2012.

Petraeus has also been mentioned as a possible new Secretary of Defence. Mr Trump, who takes office on January 20, is also holding talks with Mitt Romney on Tuesday in his second recent meeting with the 2012 Republican presidential nominee.

US Senator Bob Corker, the chairman of the Senate Foreign Relations Committee, and former New York mayor Rudy Giuliani are also in the mix for the job of America's top diplomat, Mr Trump's aides say.

Trump spokesman Jason Miller, asked if the president-elect was nearing the end of his search for a secretary of state, said Mr Trump is using the interview process as he works toward a final decision on the position.

"He'll complete that when he's ready," Mr Miller said. "He's going to pick the person that he thinks will do the absolutely best job."

Petraeus' past mishandling of classified documents is unlikely to be an obstacle to him being offered a top government post, even though Mr Trump harshly criticized Democratic rival Hillary Clinton during the election campaign for using a private email server while she was secretary of state.

Trump often compared the prosecution of Mr Petraeus with the lack of legal action against Ms Clinton, who was investigated by the FBI but never charged with any offence.

"Just based on his public statements, I think (Trump) sees Petraeus as a good man who made a mistake, who did a fraction of what other people have done and received a lot more punishment," said a source who has advised the transition team on national security.

Among the Trump transition team, Mr Petraeus and Mr Romney are supported by Republicans looking for a candidate with gravitas who can unify the party, the source said.

Giuliani is favoured by aides who worked on the election campaign while ideological conservatives are more inclined towards John Bolton, the former ambassador to the United Nations, the source said. Mr Corker is well regarded but some in the Trump camp do not want too many senators coming into the Cabinet, the source said.

Trump arrived back in New York on Sunday after several days in Florida for Thanksgiving. He caused a stir by on Sunday when he alleged on Twitter that "serious voter fraud" had occurred in the presidential election in New Hampshire, Virginia, and California - states won by Clinton - but provided no evidence to back his assertion.

In New Hampshire, the deadline to apply for a recount has already passed. Any strong evidence of widespread voter fraud in New Hampshire could still be investigated by the state's attorney general, according to David Scanlan, the state's deputy secretary of state.

But Mr Scanlan emphasized that his office had not received reports of voter fraud on the scale alleged by Mr Trump. "There's no evidence that we've seen that supports claims like that. Voter fraud does occur, but it occurs in isolated instances," he said.