A witness said that a suspect was driving a red SUV. 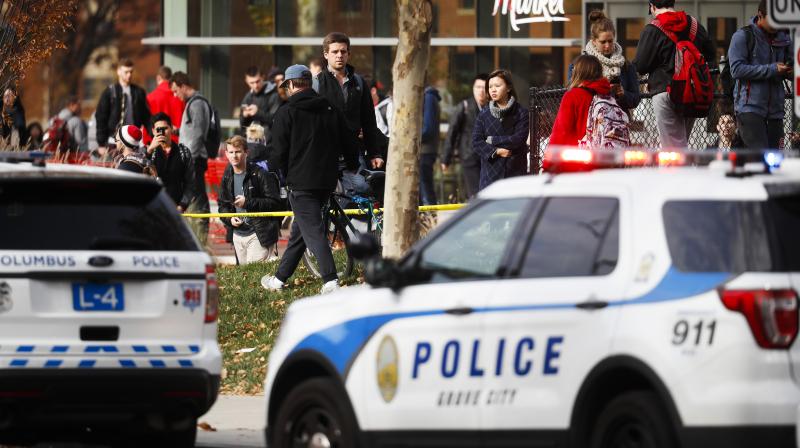 Chicago: Eight people were injured when an attacker apparently drove into a crowd at Ohio State University on Monday, triggering an hours-long lockdown before authorities declared the campus secure. Law enforcement shot and killed one suspect, according to local television station WBNS, which reported that police led two people out in handcuffs from a garage they had surrounded on the university's main campus in Columbus.

A witness said that a suspect was driving a red SUV. The incident was called an active shooter situation, but it was unclear whether any of the victims had suffered firearm injuries. Some reports suggested the attacker had a knife.