Independiente are the fourth most successful team in Argentine history with 16 national titles. 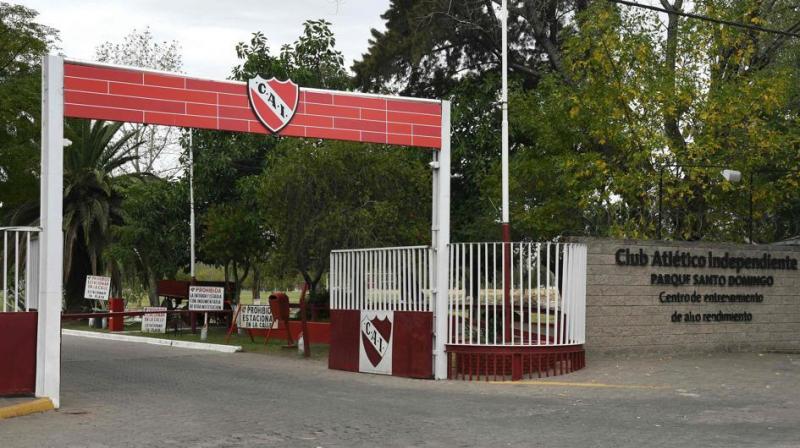 The shocking revelation of an illicit sex network operated at one of Argentina’s most prestigious and successful clubs was made after a 17-year-old told an Independiente psychologist he had been encouraged. (Photo: AFP)

Buenos Aires: Trainee footballers at Argentinian giants Independiente were coaxed into underage prostitution with offers of football boots or even just underwear, a Buenos Aires public prosecutor has said.

The shocking revelation of an illicit sex network operated at one of Argentina’s most prestigious and successful clubs was made after a 17-year-old told an Independiente psychologist he had been encouraged, alongside another 19-year-old player, to prostitute himself to adult men in a trendy Buenos Aires neighbourhood, local press said.

Public prosecutor Maria Soledad Garibaldi has asked to meet all 50-plus boys aged between 13 and 19 housed at a boarding facility operated by the club in the Avellaneda suburb of the sprawling Argentine capital.

“Of the five boys I spoke with (on Monday), three gave me some information,” said Garibaldi, quoted by local press.

“One of them told me it didn’t happen, but that they had been approached. The children knew something was going on.”

“They’ve allowed me to reveal that they were offered to do it for a pair of boots or underwear.”

Football referee Martin Bustos and his lawyer have been arrested over the scandal, which was brought to the judicial authorities’ attention by Independiente club bosses.

Bustos’ lawyer is suspected of having destroyed a mobile phone in order to hide evidence.

According to Garibaldi, there might also be similar underage prostitution networks operated at other clubs.

“It’s something that’s hidden and it’s a problem in society, like drugs, alcohol and human trafficking.

“It’s not an issue that’s confined to sport or to Independiente.”

According to Andres Bonicalzi, a lawyer for a rape victims charity, young players from the vast interior of the country -- well away from Buenos Aires on the western shore of the Rio de la Plata estuary -- who are far from their families, are particularly vulnerable to exploitation.

“They see the club as a role-model, they see it as a father-figure. They’re far away from their own fathers,” said Bonicalzi.

“(The perpetrators) have exploited their immaturity and these children’s need to belong to something.”

Independiente are the fourth most successful team in Argentine history with 16 national titles, behind fellow Buenos Aires outfits River Plate (36), Boca Juniors (32) and their local rivals from Avellaneda, Racing (17).

Part of a multi-discipline sports organisation, Independiente has a host of different teams throughout the youth ranks as well as a football academy and an education centre for children throughout their compulsory schooling period.