Mueller opened his remarks by announcing that he was formally closing the Special Counsel's office. 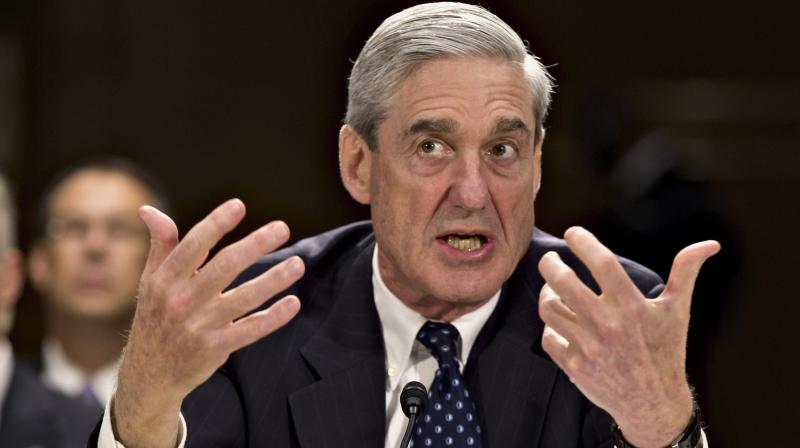 Robert Mueller investigated into ties between Russia and the Trump campaign. (Photo: File)

Washington: Special Counsel Robert Mueller, who investigated into ties between Russia and the Trump campaign, resigned Wednesday but made it clear that he did not exonerate President Donald Trump but did not charge him with a crime as it was "not an option" under guidelines of the justice department.

Speaking about his 22-month investigation into alleged Russian interference in the 2016 US presidential election, Mueller during a surprise media appearance said intelligence officers with the Russian military "launched a concerted attack on our political system" in an attempt to "interfere with our election and to damage a presidential candidate." Mueller opened his remarks by announcing that he was formally closing the Special Counsel's office and resigning his post at the Department of Justice.

Noting that he has not spoken publicly during the investigation, Mueller said he was "speaking out today because our investigation is complete. The attorney general has made the report on our investigation largely public." He announced he was "formally closing the special counsel's office and, as well, I'm resigning from the department of justice to return to private life." His 448-page report, released with redactions last month, concluded that Russia had interfered in the 2016 presidential election "in sweeping and systematic fashion" but did not find there had been a criminal conspiracy between Moscow and the Trump campaign.

"A Special Counsel's Office is part of the Department of Justice, and by regulation, it was bound by that department policy," Mueller said.

"Charging the president with a crime was therefore not an option we could consider," the former FBI director said.

At the same time, Mueller reiterated that his report into Russian interference in the 2016 election did not exonerate the president.

"If we had had confidence that the president clearly did not commit a crime, we would have said so," Mueller said. "We did not, however, make a determination as to whether the president did commit a crime." The remark challenges Trump's repeated public claim that he was exonerated by the Mueller report and that there was “no obstruction”.

President Trump has rejected allegations that his election campaign colluded with the Russians during the 2016 presidential election.

"Nothing changes from the Mueller Report. There was insufficient evidence and therefore, in our Country, a person is innocent. The case is closed! Thank you," Trump tweeted soon after Mueller made the statement.

He had earlier described Mueller's probe as a "witch hunt." But Mueller in his statement said, "As alleged by the grand jury in an indictment, Russian intelligence officers who are part of the Russian military launched a concerted attack on our political system.

"The indictment alleges that they used sophisticated cyber techniques to hack into computers and networks used by the (Hillary) Clinton campaign. They stole private information and then released that information through fake online identities and through the organization Wikileaks.

"The releases were designed and timed to interfere with our election and to damage a presidential candidate," Mueller said.

He did not rule out giving testimony in Congress but said he would not give any information that was not in his team's report.

"The report is my testimony," he said.

The investigation, which started in 2017, has led to 35 people being charged, including several who were a part of Trump's campaign and administration.

"The opinion explicitly permits the investigation of a sitting President because it is important to preserve evidence while memories are fresh and documents are available. Among other things, that evidence could be used if there were co-conspirators who could now be charged," he said.

"And second, the opinion says that the Constitution requires a process other than the criminal justice system to formally accuse a sitting President of wrongdoing," Mueller said.

"It would be unfair to potentially accuse somebody of a crime when there can be no court resolution of an actual charge,” he said.

Mueller said that he would not make any further public appearance on this issue. His Congressional testimony, he said, would not go beyond his detailed report on the investigations into the Russian interference in the 2016 presidential elections.

In a statement later, White House press secretary Sarah Sanders said, "the report was clear — there was no collusion, no conspiracy — and the Department of Justice confirmed there was no obstruction." "Special Counsel Mueller also stated that Attorney General [William] Barr acted in good faith in his handling of the report. After two years, the Special Counsel is moving on with his life, and everyone else should do the same," she said.